If you’re a coin collector, the chances are that you’ve come across the Zachary Taylor coin, or you’re looking to purchase one.

Named after Zachary Taylor, the twelfth president of the United States, the coin was launched as part of a presidential dollar series to honor former presidents.

While the coin isn’t exactly famed for its rarity, it’s still a worthwhile coin to have. Below, we’ll show you the value of the Zachary Taylor dollar coin. We’ll also walk you through its specifications and history.

So let’s get started. 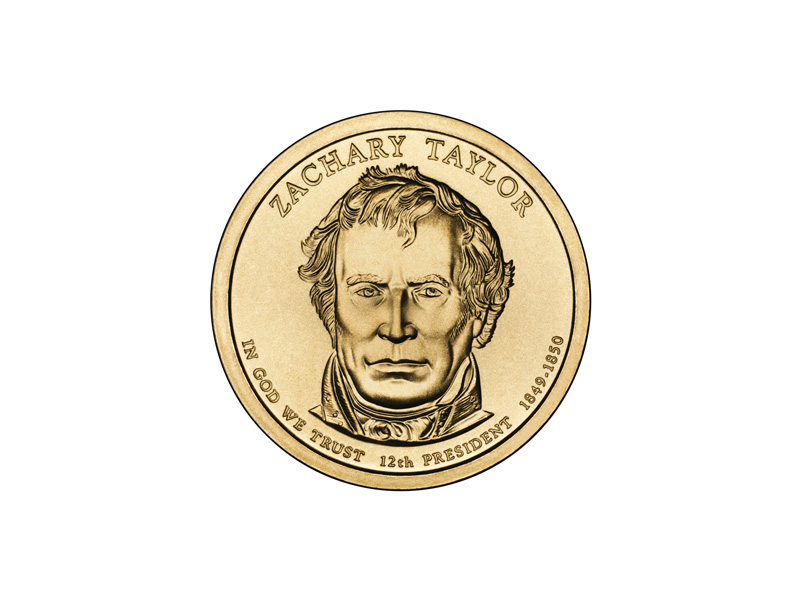 The value of a Zachary Taylor dollar coin depends largely on the kind of coin and its condition. Although all the coins were minted in the United States of America, they were produced in different states: Denver (2009 D), Philadelphia (2009 P), and San Francisco (2009 S Proof).

In general, Zachary Taylor coins in circulation have a value of around $1. Such coins often have a bit of wear and tear.

However, the coins in premium condition sell for much higher prices. Coins with the mint mark 2009 P and 2009 D coins should set you back around $3.50 as long as they’re graded MS 65 gem uncirculated.

On the other hand, the Zachary Taylor proof coins (2009 S Proof) have a price tag of $4 per coin. Such coins are typically graded PR 65 proof, meaning they’re in excellent condition with high luster, although there might be a few blemishes.

Proof coins are more expensive because they’re manufactured using special planchets, and it often takes longer to manufacture them.

Such coins are usually made with collectors in mind, so if you ever lay your hand on one, you should be proud.

Now that we understand the value of Zachary Taylor coins, let’s look at the history and background that makes them valuable.

As mentioned earlier, the Zachary Taylor presidential dollars were introduced as part of an initiative by the United States mint, the manufacturer of legal tender/currency, to recognize and honor ex-presidents.

Commemorative presidential dollars were minted for several presidents, including William Henry Harrison, Henry Tyler, and James Polk in 2009. Zachary Taylor’s coin was the last to be introduced that year, making it seem like a “crowning” coin.

The coin was launched on the 225th anniversary of his birth.

Who Was Zachary Taylor? 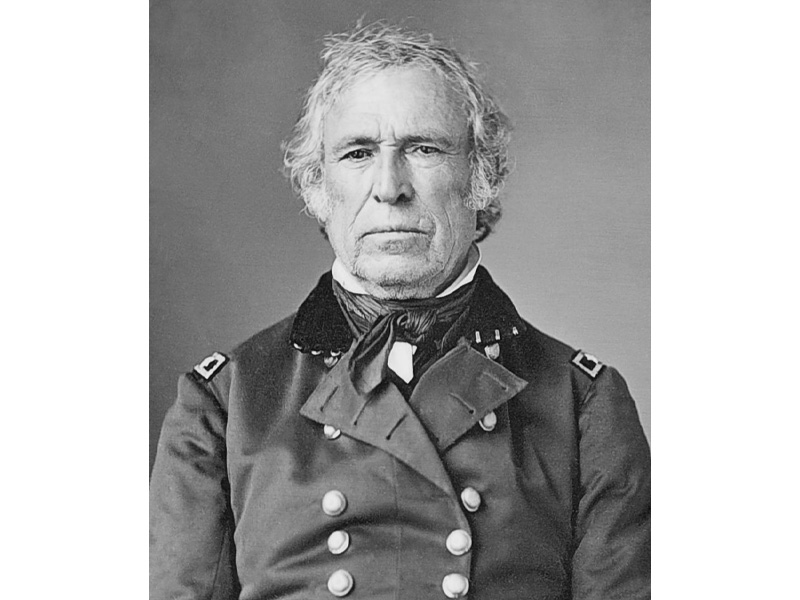 Well, Taylor was the twelfth president of the United States. With a 30-year service in the US Army, he was a national hero long before he entered politics, earning the nickname “Old Rough and Ready.” Unsurprisingly, he won the 1848 presidential election easily.

Unfortunately, Zachary Taylor died 16 months later of stomach disease, making him the second United States president to die in office. On the Zachary Taylor coin, you’ll find the date range 1849-1850, which signifies his tenure in office.

It’s worth noting that Taylor didn’t make any coin legislation, nor did he appoint a director of the United States mint during his time.

Now, let’s look at the specifications of the coin.

Designed by engraver and sculptor Don Everhart, the Zachary Taylor presidential dollars are a beauty to behold. The design of the collection is similar to the Sacagawea Golden Dollar and the Native American $1 coins.

Here are the exact specifications of the dollar coin:

Also, here’s what you’ll see when you look at the coin both at the front (obverse) and the back (reverse):

One reason the Zachary Taylor coin is not highly-priced compared to other coins is that there are so many in circulation. Here are the numbers of Taylor coins each mint released:

Note that these numbers, although supplied by the United States mint, are not likely to be exact as they don’t take into account the number of coins that have been destroyed or even melted.

In this article, we’ve shown key pointers to determining the value of a Zachary Taylor dollar presidential dollar, whether you want to buy or sell.

Ultimately, your best bet is to get your hands on uncirculated coins, which often sell for higher prices.