If you’re a coin collector and you’ve been trying to understand the value of a 1987 United States Mint uncirculated coin set, then you’ve come to the right place. In this article, we’ll give you our estimation for its purchase and selling prices.

We’ll also highlight what you should expect to see within the original US mint packaging, as well as give you a brief history of this mint set.

So, let’s dive right in, shall we? 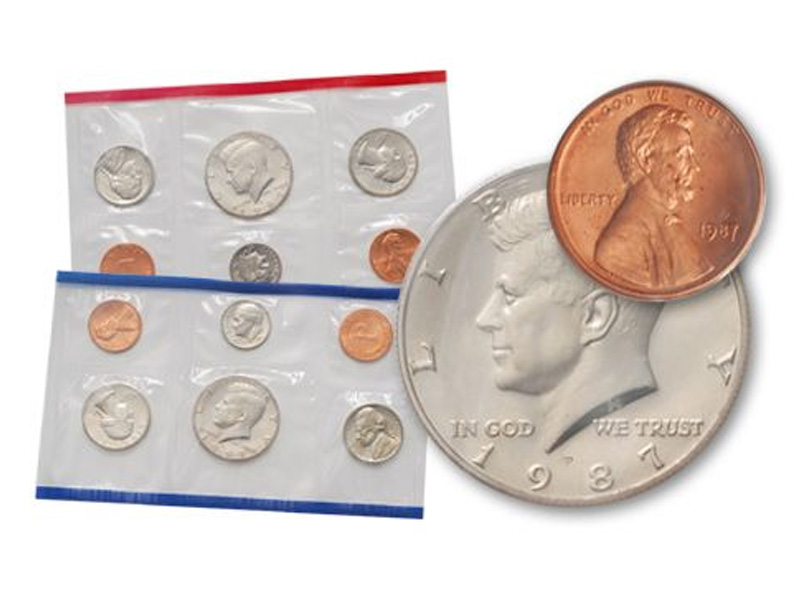 The United States Mint has been selling coins to coin lovers and collectors since its foundation in the 1700s. However, it wasn’t until 1947 that they started selling specially packaged uncirculated coin mint sets.

Each of these sets contained one coin of each denomination that was issued by the facilities for general circulation in that year.

Now, the coins in these sets generally received no special handling by the US Mint, meaning that these coins had no quality considerations, unlike proof sets.

However, starting from 2005 all the way to 2010, these coins got a satin finish rather than the traditional finish. This was to improve the look of the coins and provide some consistency to help collectors differentiate between US uncirculated coin sets and other uncirculated coins.

One more thing to note about uncirculated mint sets is that no official sets were produced in 1950, 1982, and 1983. So, if you find any sets for these years, know that they were put together by individuals, not the United States Mint.

The History of the 1987 Uncirculated Mint Set

To understand the worth of the 1987 uncirculated mint set, you first have to know its history.

To put a long story short, when 1987 came along, coin collectors rushed to purchase this set, even though the US Mint coin sales weren’t all that great the previous years.

The reason for this surge in sales and collector interest was the presence of the 1987 P and D Kennedy half dollars. Since these two currencies weren’t included in the general circulation of that year, getting the special mint sets issued by the government was the only way that coin lovers could get their hands on those coins.

Now, since the currencies in the 1987 United States Mint uncirculated coin set were pulled from production, the quality of the coins significantly varied from one set to another, and sometimes even within the same set.

Still, that didn’t stop the collectors from buying them, and, interestingly enough, the mintage of this set went down in the books as the third-highest of any uncirculated mint set ever.

What Should You See in a 1987 United States Mint Uncirculated Coin Set? 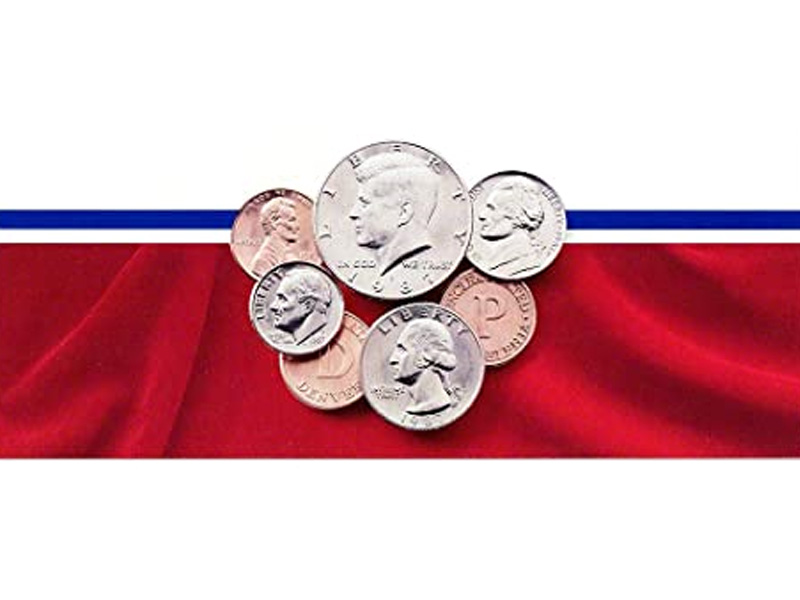 When you purchase a 1987 uncirculated mint set, you should first look for the original US Mint packaging, which is a red, white, and blue envelope.

This envelope has the US Treasury Department logo present on the top, followed by the phrase “The United States Mint,” as well as the name of the set.

Within, you should find a card with the specifications of the included coins and two protective plastic envelopes, each containing five coins and one token, for a total of ten coins and two memorial cents/tokens.

Of course, the “P” mint marks signify that the currencies were manufactured by the United States Mint facilities in Philadelphia, while the “D” mint marks indicate coins originally produced in Denver.

Now, each plastic envelope includes one Kennedy half dollar, one Washington quarter, one Roosevelt dime, one Jefferson nickel, and a Lincoln cent. You’ll also find two memorial one cents, one from Philadelphia and one from Denver.

So, simply, the set you purchase should contain within its packaging a specification card and two plastic envelopes, each containing:

How Much Does the 1987 Uncirculated Mint Set Cost?

The face value of the 1987 United States Mint uncirculated coin set is 1.82 dollars.

Its original issue price was $7. However, nowadays, this mint set has a buy price ranging from $4 to $6 and an average sell price of $2.5. Of course, these prices can slightly vary depending on the condition of the original packaging as well as whether the coins were removed from the two protective plastic envelopes.

Moreover, any minimal wear or signs of aging on the coins will also decrease their quality and, accordingly, the set’s total value. So, always inspect any previously owned “vintage coin sets” to determine a set’s worth.

Last but not least, know that most images you see for this mint set will be stock images of the set, not the actual item you’ll be getting.

The United States Mint uncirculated coin set of 1987 has a mintage of 2,890,758 and currently goes for about $6, give or take. However, this price can be much higher or lower depending on the condition and quality of the coins and the original mint packaging.

Collectors are always interested in this mint set as it has two coins that the government never released in the general circulation, aka the P and D varieties of the Kennedy half dollar.

So, while this mint set isn’t very pricey like the uncirculated mint sets of 1947 and 1958, it’s still a valuable addition to any collection.

Still, always make sure to check any previously owned vintage coin sets for signs of aging, like color changes or scratches.

Lastly, if you can, bring the actual item you receive to a reviewer for proper inspection.