1952 was a year full of a flurry activity: Queen Elizabeth II succeeded her father King George VI to the British throne, the civil rights movements were just beginning to gain momentum, and the 1952 Wheat penny was minted, one of the last years before minting of the Wheat penny stopped altogether.

During this time the coin collecting craze was starting to grow in United States with collectors seeking the rare 1950 – D Jefferson Nickels with a fervor never seen before for American coinage.

For the first time Americans were showing a new kind of interest in the coins jingling in their purse or wallet.

A Brief History of the Penny

The first Wheat penny was first minted in 1909 and was the first coin to show not only President Abraham Lincoln’s face, but the first American coin to represent a specific person on it.

Due to the fact it was the first coin to show President Lincoln, they are also often referred to by collectors as “Lincoln Cents.”

Previous to the Wheat penny the United States minted pennies with an “Indian Head” on them not depicting any single person, collectors refer to these as “Indian Head Pennies,” and they are rarer and can be worth more than the popular Wheat penny.

Over the years the Wheat penny rarely changed in design, but the composition changed multiple times. When the coin was originally minted, it was almost completely copper, with only 5% being composed of zinc.

For these years, the coin typically weighed almost exactly 3.11 g. However, in 1943, the composition changed to help set aside more resources for the war effort.

The composition became 100% steel with a thin coating of zinc, this reduced the coin weight to 2.79 g but supplied the American military with much needed copper for the war.

In 1944 tin was removed from the composition but returned three years later in 1947.

In 1959, 50 years after the first minting of the Lincoln Wheat penny, U.S. mints stopped producing the Lincoln penny with wheat on the reverse.

Instead, the reverse of the coin featured art by Frank Gasparro of the statue of President Lincoln in the United State’s capitol.

As the price of copper went up over the years the penny’s value in copper exceeded the actual value of a penny, so the government changed the composition of the penny in 1982 to a core of 99.2% zinc with a plating of 0.8% copper on the outside.

This is the current composition of newly minted pennies and weighs 2.5g.

Another 50 years later the design was changed again to celebrate the 200th anniversary of President Lincoln’s birth in 1809.

However, the bicentennial design only circulated for one year before being replaced by a shield design by Lyndall Bass in 2010.

The Lincoln penny featuring the Bass design is the one currently being minted by the U.S. mints and is actively circulating, though there have already been some collectable versions minted in the past few years. 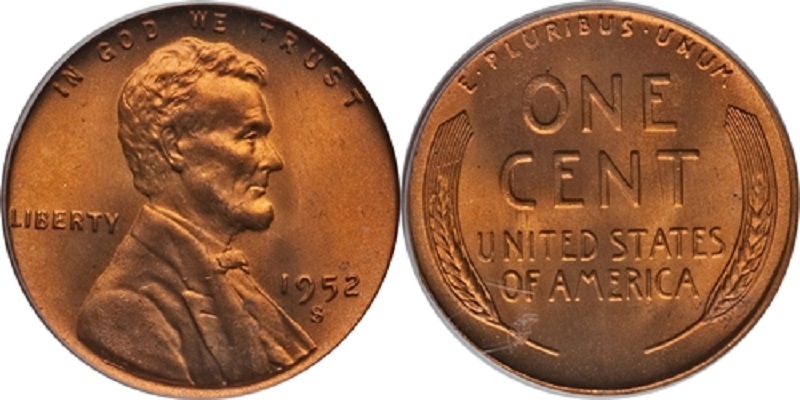 Generally, Wheat penny worth takes into account condition, mint, year, and any mistakes minted on the penny. The better the condition the penny is in, the higher the value of the penny just as with other kinds of collector’s items.

Collectors take into account how well they can see the image, any nicks and scratches, and edges of the penny when deciding the rating of the condition of the penny.

Some pennies have value mostly because they were minted in a specific U.S. mints as some mints were more prone to mistakes or produced less pennies one year than the next, making them rarer.

The importance of the year and why some years are worth more than others usually boil down to what happened in the mints that year or if there was a special event taking place.

The VDB mint, for example, only minted less than 300,000 Wheat pennies in the year 1909, making them worth a great deal more than a penny minted in 1910 in any of the U.S. mints. Value can also change from collector to collector, as some collectors are more interested in certain years than others.

Some years were also more prone to imperfections or mistakes in the minting process that make the coin even rarer as only a few were minted because they were mistakes.

The 1955 double die Wheat penny, for example, can be worth thousands of dollars.

Pennies with the mint stamped on them are usually worth at least a penny or two more than a regular penny, regardless of whether or not they are actually rarer than one without it.

Proofs are coins specifically minted to be collected and may cost more than the worth of the coin itself.

These coins are typically hand polished before being sold to the public and are kept in absolute mint condition, sometimes better than uncirculated coins, because they typically arrive already in some kind of casing and rarely exchange hands.

Due to the fact only a limited amount of proofs are minted for each year of coins, even an unremarkable mint year’s proof will be worth considerably more than the regular value of a coin minted that year.

Not all coins have a proof version, however, as mints only really started minting proofs as the coin collecting hobby took off in the United States. 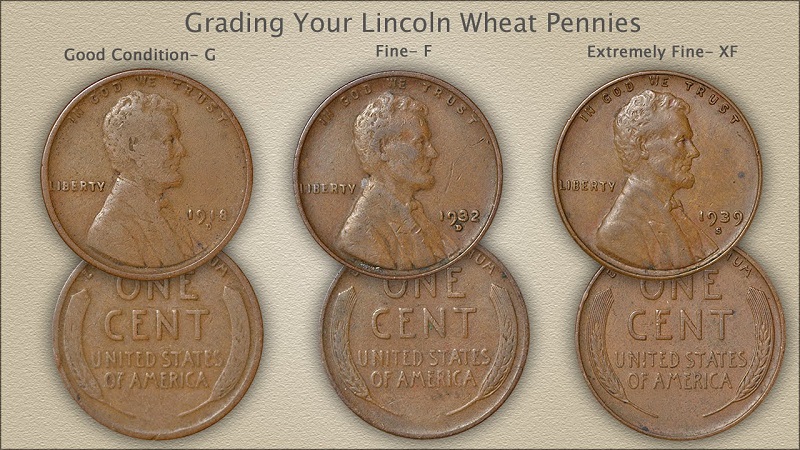 Grading a penny is the most important part of determining its worth, as damage can knock the value down by hundreds of dollars in the case of some pennies.

Lincoln Wheat pennies are graded on a 1 to 70 scale, with 1 being the worst and 70 being the best.

A penny rated 1 would be heavily damaged and hardly recognizable, whereas a penny rated a 70 would look like it had never circulated before in pristine condition.

Color can also be a good indicator of the penny’s value, as pennies that are shinier and brighter tend to be in better condition and worth more. Many collectors choose to visit a third-party evaluator to get an estimate of the worth of the penny.

Lincoln Wheat pennies from 1952 are considered largely unremarkable by the coin collector community as so many where produced that year.

Pennies that are unmarked by a mint or were minted in Denver are worth $0.07, whereas pennies minted in San Francisco are slightly rarer and are valued at $0.09.

This value is still obviously more than what the penny is actually worth when in circulation, but is not much in the realm of coin collecting.

During 1952 there were three mints producing Wheat pennies: San Francisco (S), Denver (D), and Philadelphia (P), adding to the amount of coins produced that year.

There are a few exceptions to this rule, however, with imperfections and bad mints being worth more than the average 1952 Wheat penny.

The most popular imperfection on a 1952 Wheat penny is the 1952-D D/S Re-Punched Mint Mark. This penny has a slight “s” visible under the “d” mint mark and goes for a small premium amongst collectors.

This is not uncommon for coin collecting, coins minted with obvious mistakes on them typically sell for a great deal more than the average regular version of that coin does.

Proof coins are also considered to be worth more, but can be considerately more rare than a regular 1952 Wheat penny. 1952 Wheat penny proofs can go for $30 to $40 depending on the grading of the penny, but still are not as rare as proofs for other coins.