During your daily routines, you might have stumbled upon a unique coin with President William Henry Harrison on the obverse of the coin at a shop or a store. Besides being the fifth president of the United States, President Harrison’s presidency only lasted for 31 days.

When first seeing the coin, you might start having questions about its rarity, value, and selling prices. Well, your search ends here because we have all the answers. So, keep on reading to learn more about the William Henry Harrison presidential dollar and its value. 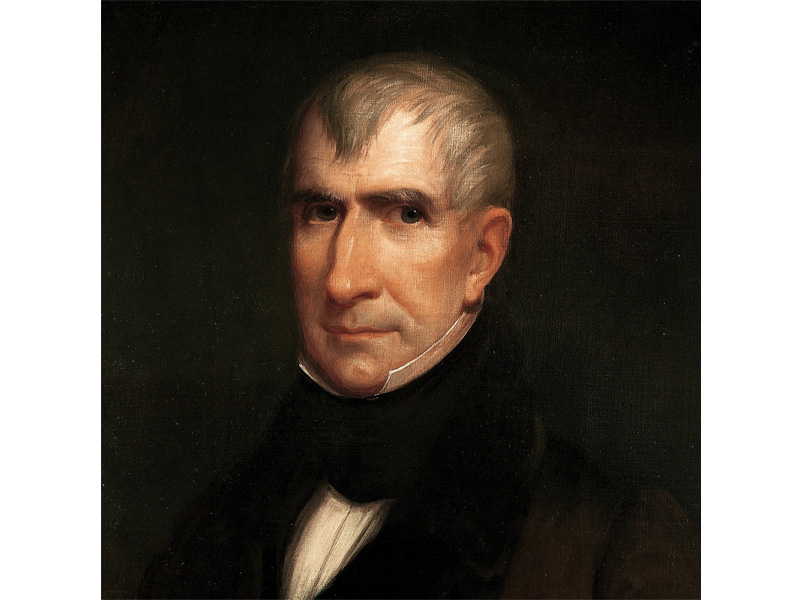 William Henry Harrison was the ninth president of the United States of America. President Harrison died just one month (31 days, exactly) after his inauguration due to pneumonia.

He developed pneumonia during his inauguration speech, which is considered the longest inauguration speech in U.S. history. Also, he was the first U.S. president to die in office. So we’d say this is one of the most interesting presidential dollars in history.

William Henry Harrison was born on February 9, 1773, in Virginia. And if the name sounds familiar, it’s because his grandson, Benjamin Harrison, later became the twenty-third president of the U.S. in 1889.

This William Henry Harrison coin was issued in the year 2009. Its metal composition is 88.5% copper, 3% zinc, 3.5% manganese, and 2% nickel. Also, you can find the United States mint mark on the edge of the coin. So, despite what the coin might look like, there’s no gold in its composition.

The William Henry Harrison dollar was minted at Philadelphia for a total of 43,260,000 minted coins in the P series. Moreover, fewer coins were minted in the D series in Denver, and even fewer coins in the S Proof series in San Francisco. Still, this isn’t a rare coin by any means.

There’s a massive difference between the presidential dollars minted in 2007 and 2008 and those minted in 2009, and that’s the placement of the motto, “In God We Trust.”

The government had to move the motto to the front of the coin after it had been on the edge because there were complaints that the motto wasn’t obvious on the William Henry Harrison presidential dollar.

On the edge lettering of the coin, you should be able to find the year the coin was issued, the traditional U.S. motto, “E PLURIBUS UNUM,” and the United States mint mark.

Additionally, these weren’t the only coins minted in 2009. In fact, other coins, including dollar coins with John Tyler, James K. Polk, and Zachary Taylor on the obverse, were issued the same year, which was the third year of the Presidential Dollar Program. 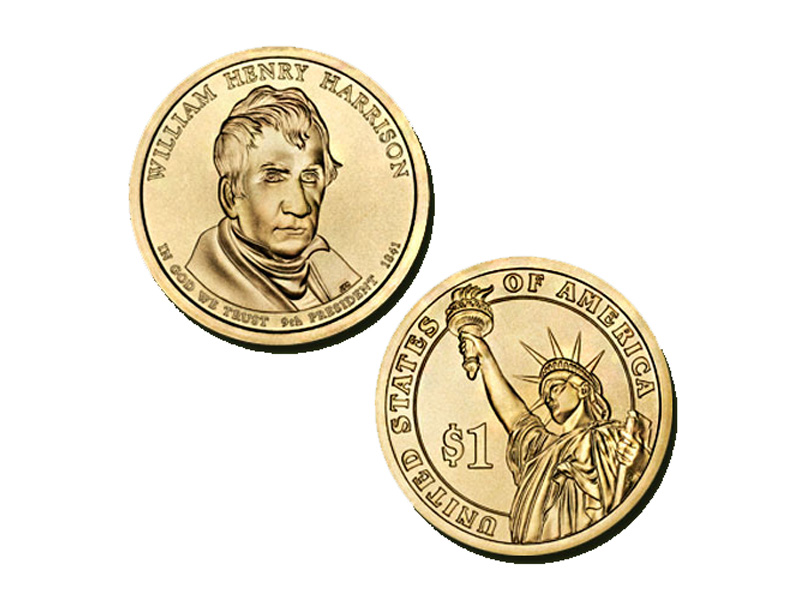 Even though the William Henry Harrison dollar coin might give the impression that it’s a valuable presidential coin, it’s actually not. Both the Philadelphia mint and the Denver mint (marked ‘P’ and ‘S,’ respectively) are certified coins you can sell or purchase for very low prices; they’re almost worth as much as their face value states.

We strongly recommend checking with a vendor for the updated price of the coin, but you can find eBay listings for as low as $2. Of course, a lot of factors can change the value of a coin, like the United States mint mark, the year it was issued, and the condition of the coin itself.

Even though the William Henry Harrison coin has a fascinating history, it’s not worth as much as you’d hope. The coin is made with more than 88% copper, and it has President Harrison on the obverse, along with the motto “In God We Trust.”

On the edges, you can find the date the coin was minted, “E PLURIBUS UNUM,” and the mint mark, which could be “P,” “D,” or “S Proof,” depending on where it was minted.