If you’re a lover of classic United States coinage, then the 1865 silver dollar, also known as the Seated Liberty dollar, would undoubtedly tickle your fancy.

If you own one, then you’re likely a top collector as only 46,500 were made, including 500 proofs (early issues of the Liberty dollar). So whether you’re looking to sell or purchase a silver dollar, we’ll give you a fair idea of what it’s worth.

We’ll also give you some background and insights about this prized asset.

So let’s get right into it.

Value of the 1865 Silver Dollar 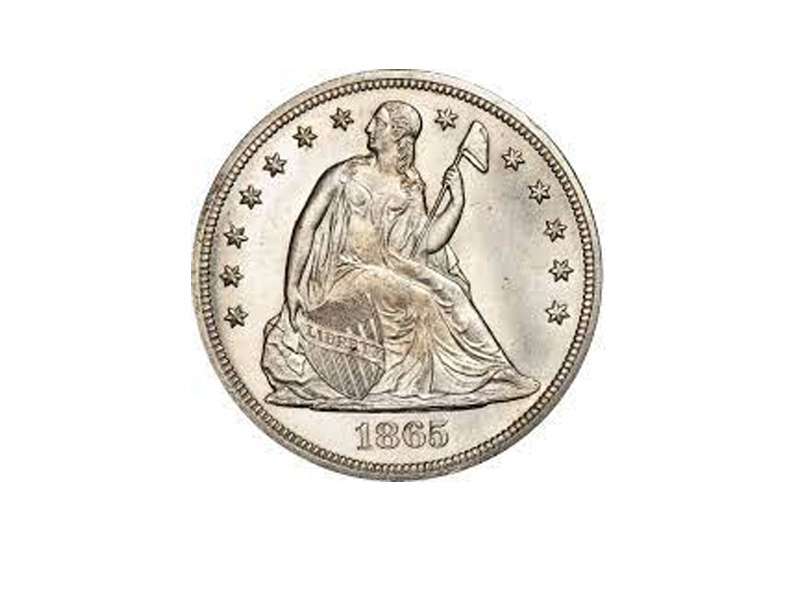 The value of an 1865 Seated Liberty dollar varies, depending on its grading. For example, a specimen graded “very good” or in average condition can cost anywhere around $400 – $500.

However, for uncirculated or rare specimens, the price could go as high as $3,600. On the other hand, proofs could cost as high as $5,000.

However, you should keep in mind that the prices could change depending on market fluctuations. Therefore, always be sure to check and monitor price trends before selling or making a purchase.

Now that we have a fair idea of the price of the Liberty silver dollar, let’s take a look at its background and history to see why it’s a choice item for many collectors.

The 1865 Seated Liberty dollar is one of the various coins created by different United States mints, including mints in Carson City, New Orleans, and San Francisco. This was in the period between 1840 and 1873.

The 1865 silver dollars, in particular, were produced by the Philadelphia mint. Because these silver coins were struck during the civil war period, they were generally hard to find and costly to purchase.

What’s more, these silver dollars aren’t only collected by coins or other currency collectors, known as numismatists. In fact, some civil war buffs are proud owners of these coins.

Designed by the famed engraver Christian Gobrecht, the coin has a 19th-century look and features no mint mark. However, the design was so popular that it was also used for other denominations of the time, including the dime, half dime, half a dollar, and quarter.

In the 1860s, the Seated Liberty dollars were commonly used for foreign trade, especially in Central and South America.

In that decade, thanks to the California gold rush, the price of silver coins/dollars rose significantly, making them a good choice for foreign commerce.

The 1865 Seated Liberty is valuable, particularly because of its composition. Below are the key specifications:

The Morgan and Peace silver dollars are other coins that deserve special mention as they’re closer in outlook to the 1865 Seated Liberty than most. So let’s start with the Morgan dollar coin.

Designed by and named after George T. Morgan, this coin represents one of the most valuable mintages of the era. This coin was produced between 1878-1904 and also in 1921. 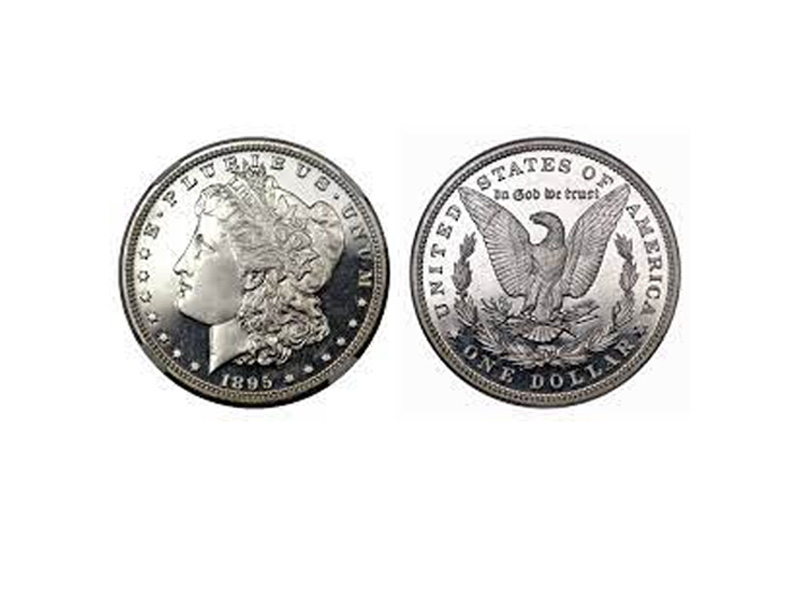 Although it was minted much later than the 1865 silver dollar, it has the same characteristics, both in outlook (mint mark) and weight.

The coin has 90% silver and 10% copper content. At almost 27 grams, the coin is also heavy and has the enviable reputation of being the first coin produced after the Coinage Act of 1873. 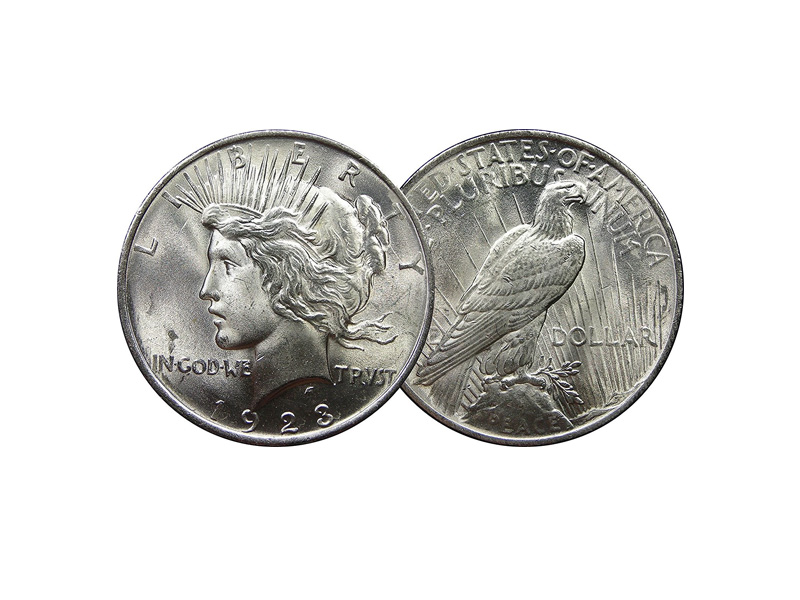 If you’re new to the coin collecting world, you might think that the coin has a spelling error. The coin’s front has the words “in god we trvst” instead of “in god we trust.”

However, that mintage is intentional as it’s the correct spelling for “trust” in Latin. The coin has .77 ounces of pure silver with a current melt value of $18.68.

In this article, we’ve shown you the value of the 1865 silver dollar coin. Ultimately, the price you can trade your coin for depends on its state. If it’s in prime condition or Mint State (MS), you’ll likely get top dollar for it because of the rarity of such conditions.

So, if you own any such coins or dollars, make sure that you keep them well so you can get a good price if you decide to sell.

On the flip side, if you’re looking to buy a coin, be sure to check its condition. If you’re not an expert, hire the services of a top coin grading company for more information before making a purchase.