How To Tell If A Coin Has Been Cleaned

Coin collecting, or numismatics – to give it its correct name – is probably one of the oldest hobbies known to man. Ever since the first coins were minted, around 600 BC, people have been fascinated by these small, round, metallic objects.

Many coins are very valuable, and a serious coin collector, or numismatist, would want to know how to tell if a coin has been cleaned, as this would affect the value of the coin.

Numismatics is a hobby that absolutely anybody can take up and enjoy. It is a wonderful way of passing the time and can be very educational. Every coin has its own history and tells its own story.

Whether the coin is a rare collector’s item or a simple coin in everyday use and circulation, the collector will usually have a story to tell about how and where he came to own it. Coin collecting is an activity that brings hours and hours of pleasure to the collector.

Why Do People Collect Coins? 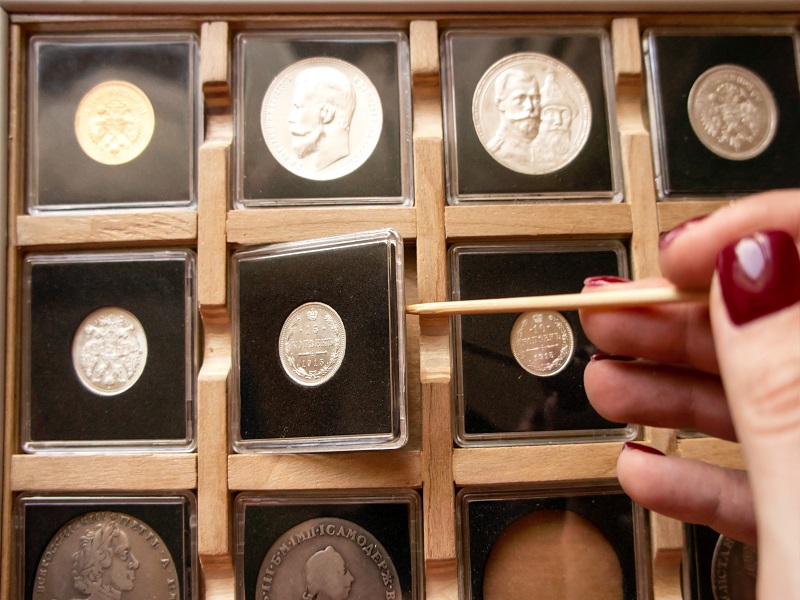 Those of us who have no interest in coin collecting probably wonder why people would even want to collect coins. To many people, it seems like a pointless activity. But the numismatics enthusiast will tell you how he loves his coin collection for its historical background, or its artistic measure.

There are certain coins that are so valuable that they are prized for their investment value. The owner of one of these coins might hold onto it for many years, in the hope of eventually seeing a substantial profit from the coin.

Other numismatists might not be quite so ‘hard-core’ in their enthusiasm and may collect coins purely for fun. A keen traveler might get great pleasure out of keeping a few coins as a souvenir from every place he has visited or asked his visitors for a couple of coins from their home country.

For many keen coin collectors, picking up an unusual or interesting-looking coin can be the highlight of their week. They will spend hours researching the origin of the coin, examining it for defects, checking its authenticity, and giving it its rightful place in their collection.

What Do Coin Collectors Do With Their Coins?

A really serious coin collector, though, will not allow his hands to make direct contact with the coin. The natural oils that are found in human skin can rub off and leave a residue on the surface of the coin. Over time, this oily residue can build up and permanently damage the coin, devaluing it in the process.

For this reason, one piece of equipment that most serious numismatists will use when they handle their coins is a glove made of the softest natural cotton. (Watch out for our list of necessary equipment for the serious coin collector, later in this article.)

While you may love the feel of your coins, and enjoy the sensation of rubbing them between your fingers if you want to protect them well you should invest in a pair of good quality cotton gloves. You also should try to avoid rubbing them too much, as this can damage the surface of the coin.

Something else that the serious numismatist does NOT do with his coins is clean them. A clean and shiny coin might look beautiful, but if you want a coin to retain its value, you should not clean it.

Why Shouldn’t Coins Be Cleaned?

You may be concerned, or even upset, about the fact that some of your coins look dirty. Nobody likes dirt, and we tend to assume that any visible dirt should be cleaned off.

Some coin collectors clean their coins by washing them in soapy water, polishing with various polishes and cleaning cloths, soaking them in certain cleaning liquids, or even rubbing them with harsh, abrasive cleaning agents.

There are certain so-called ‘authorities’ on the subject who will give the most bizarre advice, telling you to clean your coins with substances such as toothpaste or ketchup. Do not follow this advice. Using these substances on your coins will ruin them.

NONE of the above methods should be used to clean coins. In fact, coins should not even be cleaned at all. Cleaning the coins might make them look more appealing to the eye, as they will be shiny and sparkly.

But is an old coin meant to look shiny and sparkly? It certainly isn’t. Cleaning a coin, sadly, not only removes the dirt. It also strips the coin of the top layer of its metallic surface, in the process also stripping the coin of its value.

What Causes The Discoloration Of The Surface Of A Coin? 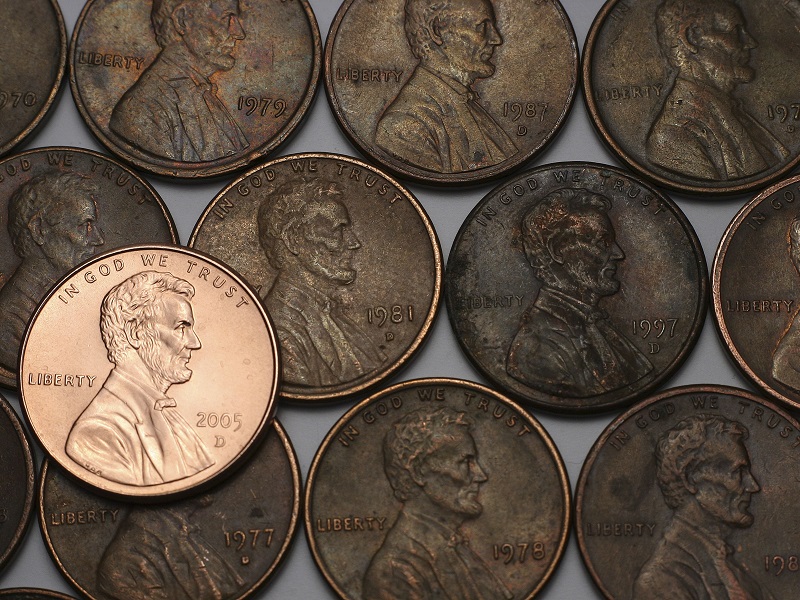 Certain metals, like bronze or silver, will become discolored over time. This patina, or coating, is usually caused by oxidation. In simple terms, what this means is that through the passage of time, the surface of the coin comes into contact with oxygen.

This causes a chemical reaction in the metallic compounds of the coin, resulting in discoloration. It is a natural process that is to be expected. The only coins that would not undergo this process would be certain collector’s items that are boxed and have never been removed from their boxes.

An old coin that has turned dull and discolored as a result of oxidation occurring overtime should never be cleaned or polished. It is precisely this dull appearance that gives the coin its authenticity and makes it more valuable.

Are There Any Coins That Should Be Cleaned?

Occasionally it is necessary to clean certain types of dirt off a coin.

How To Tell If A Coin Has Been Cleaned

If you are a serious coin collector, and you are concerned about the value of your coins, you will want to avoid buying old coins that have been cleaned. While the originals of these coins may be very valuable in their natural state, unfortunately, if they have been cleaned this is no longer the case.

However, sometimes a coin has been cleaned a long time ago, and may no longer bear the bright and shiny evidence. But even so, it will still have lost value from having been cleaned in the first place.

When buying coins, I always advise buying from a reputable dealer, rather than some unknown person. If you don’t know how to tell if a coin has been cleaned, you should ask outright if it has.

A reputable seller will hopefully give you an honest answer, but if the seller says he does not know, I would not recommend buying the coin. You may spend a lot of money only to find at a later stage that you have made a bad investment, as the coin had been cleaned previously.

While it is not always possible to tell if an old coin has been cleaned a long time ago, there are two main things that you should look out for.

What Equipment Does A Numismatist Need?

Unlike many hobbies that require loads of expensive equipment, there is not a great deal of equipment needed to start out as a coin collector. Here is the promised list of things that are helpful if you want to collect coins.

There are two types of coin albums available. The cheaper one is more of a folder and allows you to store your coins safely, but only allows you to see one side of the coin. In order to see the other side, you need to remove the coin from the album.

The more expensive albums allow you to view both sides of the coin.

Often the detail on a coin is very difficult to see clearly, especially in dim lighting. It is very helpful to have a bright desk lamp that will give you enough light to be able to see the minute details on your coins.

The letters and numbers on many coins are very small. You will need a small hand-held magnifying glass in order to be able to read all the information on your coins.

It is a good idea to wear gloves when handling your coins, in order to protect them from a buildup of natural body oils.

Once you have all of these items, you will be well-equipped for your coin-collecting hobby. 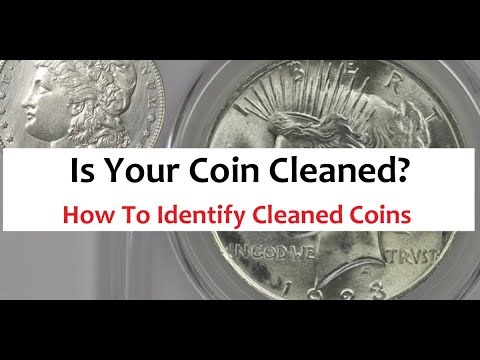