It’s no secret that a coin market is a ruthless place, and it might be difficult to know how much a coin is really worth and whether it might spark a collector’s interest or not.

If you found a Walking Liberty 1943 half-dollar coin and you’re considering selling it, you need to know how much it’s worth before putting it out into the market.

So, to make your life a little easier here’s everything you need to know about the 1943 half dollar, its value, mint state difference, and even its silver content and silver melt value. Without further ado, let’s dive right in.

History of the 1943 Walking Liberty Half Dollar 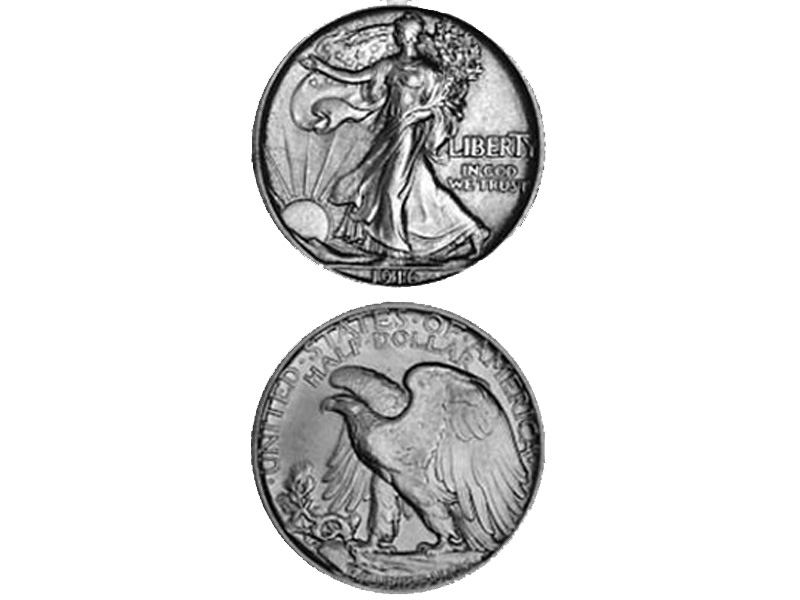 Before jumping right into how much 1943 Walking Liberty half dollars are worth, let’s first discuss their history and background, considering it’s as old as World War II.

Back then, silver coins were the standard composition. However, the silver content is too little for the coin to have a high silver melt value, but we’ll dive deeper into the coin’s value later on.

This half-dollar coin was heavily printed with a total of 53 million P-series coins, 13 million S-series coins, and 11 million D-series pieces. So, by no means is this 1943 half dollar considered “rare,” but that doesn’t mean it’s not valuable nowadays.

Now, let’s tell you a little more about the different mints and what they mean.

P-series coins mean that the coin is a Philadelphia mint, D-series ones are a Denver mint, and S-series are a San Francisco mint. Most of the 1943 Walking Liberty half dollars were minted in Philadelphia.

However, the ones minted there have no mint mark. So, take a look at your coin’s reverse side at the lower left side, near the branch, and see if it has a mint mark.

Denver-minted Walking Liberty halves are the most difficult to find, so consider yourself lucky if you find a “D” mint mark on your coin.

Value of the 1943 Walking Liberty Half Dollar 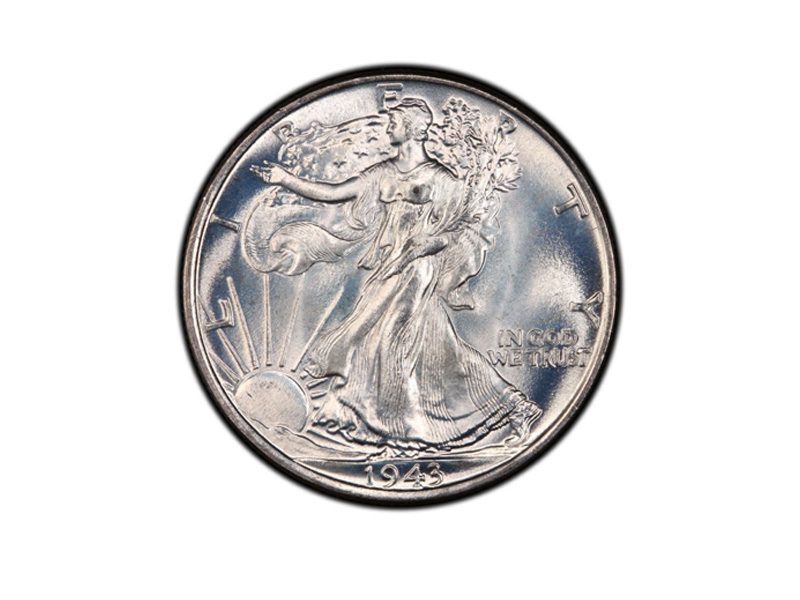 The value of your 1943 Walking Liberty half a dollar heavily depends on the condition of the coin itself. So, if you’re wondering how much you might be able to sell your coins for or if it’s appealing to collectors, here’s everything you need to know.

For most conditions, the mint state doesn’t really affect the price. All coins in good condition are worth around $9 – $10. In fine condition, Walking Liberties could sell for up to $15, while in extremely fine condition, the 1943 half dollar is worth up to $18.

However, the difference in prices is obvious when it comes to a Walking Liberty in uncirculated condition.

The coin collecting market loves the Denver mint, to say the least. Half dollars with a D mint mark in uncirculated condition are worth from $60 to $75, depending on the silver grade.

On the other hand, San Francisco minted coins are worth from $40 to $60, and the half dollars with no mint marks are the least valuable coins of all the half liberties; they’re worth from $35 to $50.

If you’re thinking of melting your 1943 half dollar, we’d recommend against it. The silver content is very little, and it’s just not worth that much; the silver melt value is around $8.74.

Still, if you want to determine the exact value of the coin, you need to check with the current silver spot price, knowing that the half dollar has 0.3617 ounces of silver.

If you don’t know your coin’s grade, here’s an in-depth look at each grade.

Starting with the most valuable coins, uncirculated coins are ones that haven’t been used before. As the name implies, these coins haven’t been placed into circulation.

They’re very appealing to collectors because of how rare they are, even if there’s evident toning on the coin. You can tell that your half dollar is considered one of the uncirculated coins if it has no signs of wear anywhere and still holds its luster.

Coins in extremely fine condition should have all the Liberty’s details visible, and the lines are prominent. Extremely fine coins might have some wear evidence on the surfaces, but nothing major.

1943 half dollar coins in fine conditions are those with evident wear marks on them. That includes coins that have lost all the details of Liberty. Still, you should be able to recognize some folds in the dress and figure.

Lastly, a 1943 half dollar in good condition is one where the rims are starting to hide the coin date. However, the motto should still be readable, even if a little faint.

Now that you know all about the history of the Walking Liberty 1943 half dollar, you should have a clearer idea of the value of the coin you have and how rare it is. Still, here’s a quick recap if you’re in need of a memory refresh.

With millions of produced coins, the Walking Liberty 1943 half dollar isn’t a rare coin. Those in good condition are worth around $9, while those in fine or extremely fine condition could sell for up to $18, depending on the condition.

When it comes to uncirculated conditions, the mint mark makes all the difference. D-marked coins are the most valuable, followed by S-marked ones, and the ones with no mark are the least valuable mint state.