Silver dollars are typically used to celebrate or commemorate an important person or event in American history, people like President Dwight Eisenhower and Sacagawea have been honored on silver dollars in the past.

Silver dollars a typically meant to be collectable, with only a certain amount of each one being minted for the public, and are usually worth more as a collectors item than they are in circulation.

In 1979 the United States government chose Susan B. Anthony to be featured on the next run of silver dollars.

Silver was one of the first metals used in American coinage, being used from the dawn of the United States in the colonial times.

Early Silver Dollars are silver dollars minted from 1794 to 1803 and are incredibly rare and valued by collectors.

These coins feature the image of a woman on the front side with either with her hair flowing free, a “Flowing Hair” silver dollar, or with a draped bust, a “Draped Bust” dollar.

Early Silver Dollars were part of the original currency of the United States, lending them a historical significance that not all silver dollars have.

In 1840, a new design was featured on the silver dollar. This design portrayed a seated woman meant to represent Lady Liberty, earning these coins the name “Seated Liberty Dollars.”

Though worth less than Early Silver Dollars, Seated Liberty Dollars can still fetch a fair price because they were only minted from 1840 to 1873 and well before the advent of collecting coins.

From 1873 to 1885 the United States produced silver coins meant exclusively for trading with China, not for circulation in the U.S., which makes them worth more than the average silver coin.

The most popular silver dollar to collect was minted in 1878, officially named “the Liberty Head dollar” as it features the head of Lady Liberty on the front, and was even a favorite amongst the general public when it came out.

Collectors often refer to this dollar as “the Morgan dollar,” after the artist that designed the coin, George T. Morgan. Another silver dollar was designed in 1921 by Anthony de Francisci named “the Peace dollar.”

The front half of the silver dollar is a portrait of the head of the Statue of Liberty and due to its popularity when it came out is a fairly common coin to find.

Eisenhower coins are also common to find, with many selling for under ten dollars despite only being minted from 1971 to 1976, a shorter period of time than most silver dollars.

Eisenhower coins were followed by the Susan B. Anthony silver coins in 1979 to celebrate one of the leaders of the women’s suffrage movement that earned women the right to vote in the United States.

However, they proved to be less popular than the United States mint was hoping and they stopped minting them in 1981. They were brought back in a limited run in 1999, but still were not popular.

However, Susan B. Anthony coins are currently starting to gain popularity and worth among collectors. 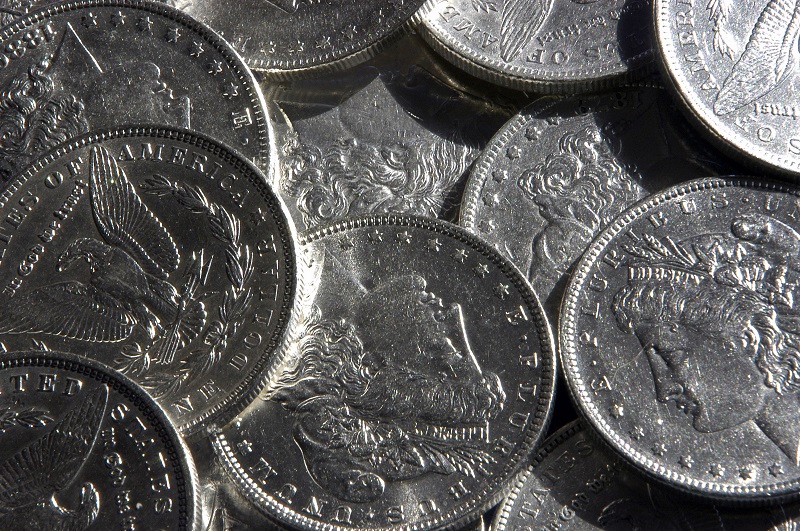 Silver dollar worth is typically dependent on the dollar’s rarity, imperfections, condition, age, and whether or not it has been in circulation.

Rarity and age often go hand in hand in coin collecting, with Early Silver Dollars being the hardest to find and worth a great deal of money, as well as their historical significance.

Coins from before 1900 tend to be rarer than others, especially because silver melted down is often worth more than the circulation value of the coin leading to coins being melted down over the years.

Most modern silver coins are minted to be collectors items, however, and are kept in pristine condition by their owners and rarely enter circulation.

A coin’s worth can also fluctuate depending on the collector’s interest in the item. Some collectors will have more interest in a coin than other collectors or a coin will become popular seemingly out of nowhere.

Collectors will be willing to pay top dollar for their favorite coin in pristine condition or to have a popular coin. The place the coin was minted at can also play a large role in the worth of the coin, as some mints produced less than others making their coin rarer.

Coins with imperfections will also be worth more because it adds to the rarity of the coin. Mints try to get things perfect, but rarely will still make mistakes, though they are usually caught quickly.

Due to the fact they are typically caught as quickly as possible, there is usually a very small amount of them to collect which adds to the desirability of them.

The same goes for proofs, coins specifically released by the mints to be collectors items on a limited release. Proofs also tend to be in better condition as they are hand polished before being sold and rarely leave their case.

Grading is important to assessing the worth of a silver dollar and most collectors will have their coins officially graded by a third party for authenticity.

Silver dollars follow the same scale as other coins starting at 1, the poorest condition, to 70, the best.

When grading coins, graders take multiple things into account. The color of the coin and if it can be cleaned to a better color, scratches, nicks, and the state of the edges of the coin.

A coin in pristine condition would have a bright, reflective silver color, no nicks or scratches, and the edges of the coin would be completely in tact, ridges and all.

Coins that go to auction or private sale are often graded before being put on the market so that the seller can determine the asking price. 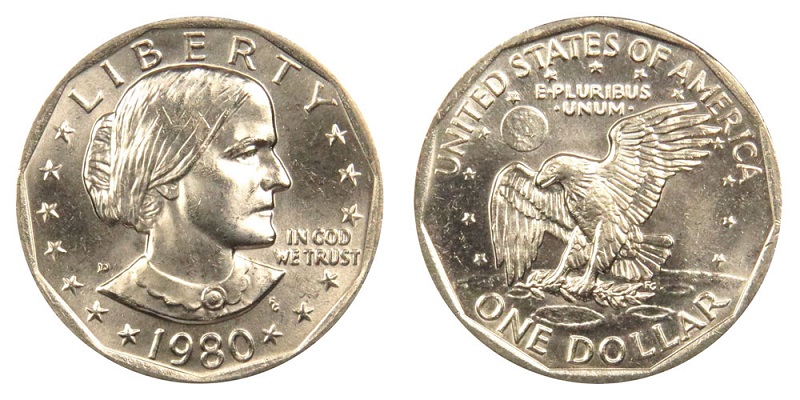 In 1999 another attempt was made with the Susan B. Anthony silver dollar but, just like the first one, the coin failed to gain much traction with coin collectors.

Due to its unpopularity, Susan B. Anthony silver dollars are worth more in their weight in silver than they are among collectors.

On average the asking price for a Susan B. Anthony silver dollar is usually about $2, less than what most collectors pay for other silver dollars.

1980 Susan B. Anthony coins are worth even less than their 1979 and 1981 counter parts, as 1980 failed to yield any interesting flukes in minting like the other two years on top of failing to be popular with the public.

In 1980 there were three mints producing Susan B. Anthony silver dollars: San Fransisco (S), Denver (D), and Philadelphia (P) with all three being worth about the same amount.

Proofs of the Susan B. Anthony silver dollar are only worth $4-5 each, not much more than their non-proof counterparts.