What is the Difference Between Pathfinder and DnD

Unsurprisingly, or rather surprisingly to players of each game, the average person will confuse Pathfinder and Dungeons and Dragons with each other.

While Dungeons and Dragons have been the top dog and a mainstay of tabletop gaming for almost 50 years, Pathfinder has started to catch up in terms of popularity.

As both games, and tabletop games in general, gain traction in mainstream media, tabletop gaming is getting more attention than it ever has before.

You may be wondering, though, why all these matter and what the difference between the games really is. To understand you first need a basic understanding of what a tabletop game is.

What Are Tabletop Games?

Taken literally, tabletop games are just that: games that you play on top of the table and that really is what they are.

Any game you play is technically a tabletop game if you are playing at a table and humans have been playing games since at least 5,000 BC, which the earliest evidence of gaming was dated to.

However, when people refer to tabletop games nowadays, they usually are not talking about Gin Rummy or checkers.

Tabletop gaming these days usually refers to games with some kind of roleplay element to them and a character-driven plot.

These games usually have a specific genre, like fantasy or mystery, that the world is built around.

Players will create characters that will adventure in the game guided by the Dungeon Master (DM) which is called a Dungeon Master regardless of the presence or lack thereof dungeons.

The Dungeon Master is in charge of NPCs, villains, and the general plot of the game. The rest, however, is up to the players.

What Are Dungeons and Dragons? 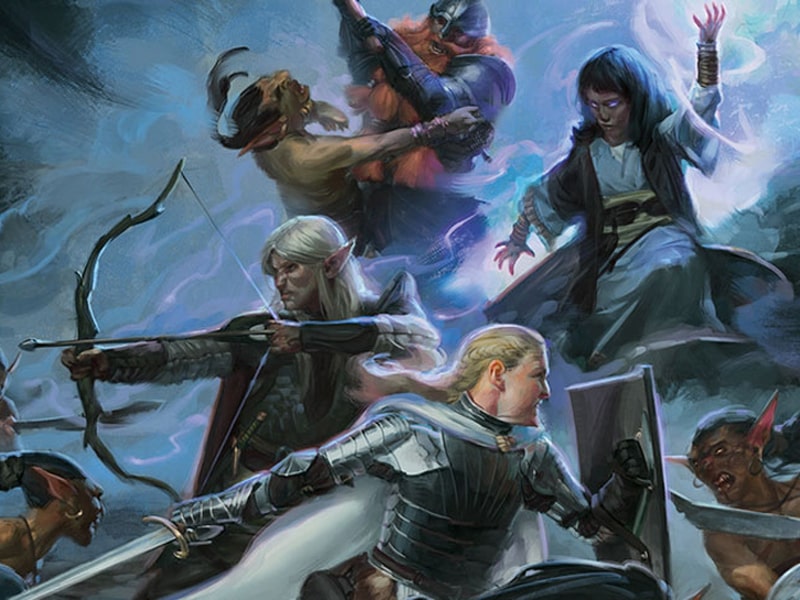 Dungeons and Dragons (DnD) is the original tabletop roleplaying game as we know them today and, before its release in 1974, people had not seen anything like it before.

The general mechanics were based on popular war games of the time, where players were in charge of making their own decisions on how to command troops, but DnD developed tabletop gaming far beyond that.

Before the adventure starts, players must create their characters and record their choices on a character sheet, this is when the players choose the starting stats for their characters.

While the players are crafting their characters, the DM will choose what kind of adventure they want to set their players on.

DMs can either do a “homebrew,” which means they create the story themselves, or play one of the prewritten games by DnD.

While playing, players will describe their character’s actions to the DM who will, in turn, describe the results of that action or respond for an NPC.

Simple actions such as picking something up are almost always successful, however, harder actions such as fighting an antagonist or persuading an NPC are decided by dice rolls.

DnD uses several dice, though the D20 is used the most often, and the type of die-cast depends on what the player is trying to do.

Terms like XP (experience) or HP (hit points) are terms most people will be familiar with as they were adopted by the gaming industry and are in most video games.

A character can die in DnD, but they can usually be resurrected with magic unless the character does not want to or there is no one skilled enough to resurrect a character.

In the case of character death, the player must create a new character to rejoin the campaign.

The rules and regulations DnD have changed with each new edition that comes out, some of them being harder than others.

With each new edition classes, races, backgrounds, monsters, and other things have been added to the player’s handbook to create a rich starting point for DMs.

The Dungeon and Dragons podcasts that have been popping up left and right usually play the 5th edition version and create a homebrew campaign for their players. 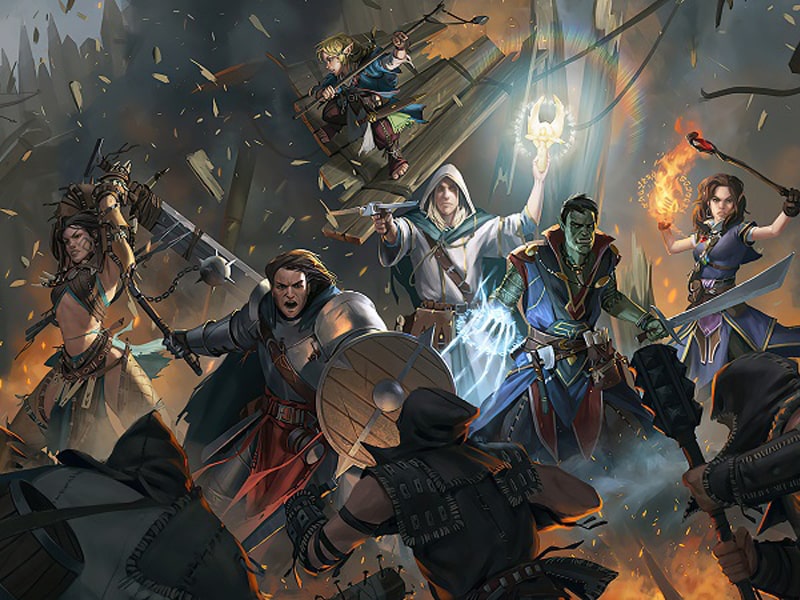 One could argue that Pathfinder is the successor and child of Dungeons and Dragons thanks to one company: Paizo Publishing.

In 2002 Paizo Publishing began publishing Dragon and Dungeon magazines, which focused on Dungeons and Dragons the game. However, the owners of DnD, Wizards of the Coast, chose not to renew the contract with Paizo Publishing when it was up in 2007.

That same year, Paizo began publishing Pathfinder as a replacement for the Dragon and Dungeon magazine before finding out about the new 4th Edition DnD Wizards of the Coast was releasing.

Paizo’s team were not fans of the restrictive Game System License the 4th edition had and so Pathfinder was born as a tabletop roleplaying game.

The original version of Pathfinder was actually based on the 3.5th edition of DnD but was further developed throughout 2008 using an open playtest model.

This way, players could try out the game and submit their feedback to Paizo’s website allowing Paizo to expand Pathfinder further.

Pathfinder fleshes out classes, the skill system, and combat maneuvers while taking in the opinions of the players to create a game separate from DnD.

On the Pathfinder website, players can enter their character’s information on Pathfinder Society and play in different sessions with different groups.

The site keeps track of money, skills, or other things earned during these sessions, allowing Pathfinder players to play even if they can not find a group in their area. Pathfinder, as it is newer, can stay on top of newer technology.

Pathfinder only has two editions with the most recent one being released in August 2019. For the second edition, Paizo again released Pathfinder as an open playtest model to get feedback from their players about any hitches.

This second edition made changes to how actions are made, skills, classes, and other game mechanics, further setting it apart from its origins.

Due to its online presence and willingness to receive feedback from players, Pathfinder is quickly becoming one of the most popular tabletop roleplaying games.

Because it is all a matter of preference, there is no real answer on which game is better. Pathfinder has diverged a great deal from DnD and since the edition Pathfinder was based on DnD has released two more editions.

However, Pathfinder cannot escape its origins and it still has a great deal in common with DnD. The basic concept remains the same: a turn-based, player-driven fantasy game where things are decided by the roll of a die.

It is when you get into the specific rules and world-building that you run into the differences.

The 5th edition of DnD, the one blowing up all over the internet and reigniting interest in tabletop games, is focused on ease of use.

This edition makes it easier for people just getting into tabletop roleplaying games who want to have fun. Pathfinder spends more time on the mechanical aspects of playing, which you might argue makes it better for experienced players.

Because of DnD’s simplicity, the rules and guidelines are easy for DMs and players to remember, making it easy to play on the fly.

However, Pathfinder requires a great deal more preparation beforehand, making it great for players who enjoy precision and strategy in their tabletop games.

DnD makes it quick and easy for players to create characters and start playing and encourages DMs to create homebrews and their own rules for their games.

This style puts the focus on who the character is as a person and how they drive the story rather than their skills or abilities.

Pathfinder is more in-depth when it comes to character creation and what you can or cannot do, focusing more on strategy than anything.

Pathfinder also has more material for players to access, making it easier to prepare for Pathfinder’s highly involved and customizable sessions.

Both games, however, are a great way to meet new people and have a fun time doing it.

Both are fun games with an interesting premise and a great way to meet new people but are meant for different people looking for different things.

If you are looking for something quick and easy to learn that lets the players have more control, Dungeons and Dragons 5th Edition is your best bet.

Because the rules are so simple, there is more room to play around with them and focus more on the story than strategy. If the strategy is your thing, however, Pathfinder will be better suited to you.

Pathfinder focuses on the specific how’s and why’s of playing, requiring a large amount of preparation before the game can start, both on the DMs end and the player’s end.

This game tends to focus on the abilities and strategies of the character, rather than who they are as a person. However, both games are fun and quickly becoming a staple in many households as even families begin to play together.