Best Gundam Series to Start With

For many, Gundam is considered a classic anime and is what began their interest in anime as a whole. However, some may just be hearing about the franchise, whether from a friend or online, and are interested in getting started watching.

This is where they might run into a roadblock: Gundam currently has over 50 different animes, movies, and series.

To further complicate things, many of these films or series contradict each other, take place in different timelines, or are different stories altogether, making it hard for the novice to decipher where they are meant to start.

Even worse, is that there truly is no real right answer on where to start. 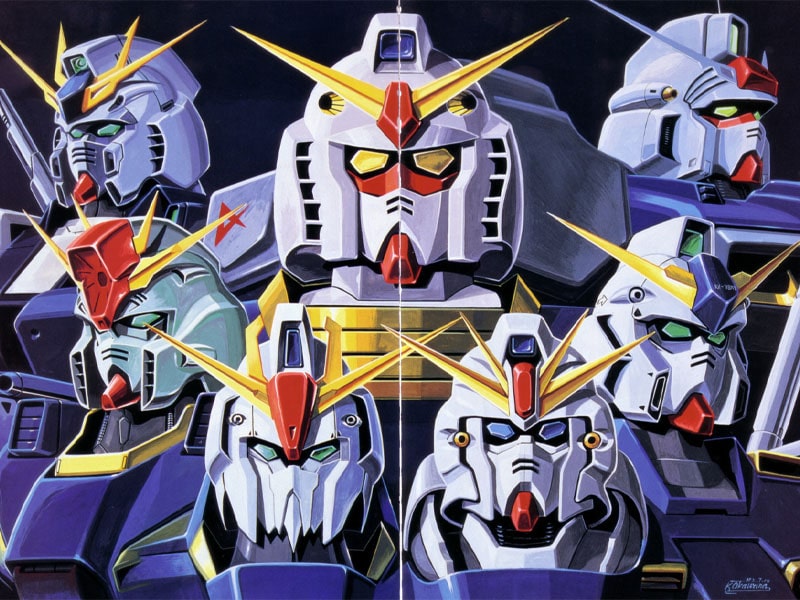 Originally created and released in 1979 by a group of Sunrise creators under the name Hajime Yatate, Gundam is a military science fiction franchise taking place in a distant future after some kind of interplanetary conflict between Earth and space colonies elsewhere.

The franchise focuses on giant robots called “mobile suits” in a militaristic setting; these robots are usually controlled by genetically advanced humans with psychic powers that can travel in space.

This human pilot is located in the robot’s torso while the head is a camera that feeds information to the cockpit.

Gundam is often described as a space opera and it has been the inspiration for several artists and series creators over the years, especially those that remember watching it on TV as children in the 1980s.

When Gundam was first being conceptualized, the title was “Freedom Fighter Gunboy” or “Gunboy,” and was aimed towards teen boys.

The target audience largely has not changed, but the name certainly has. The Sunrise creators working on the series took the English word “Gun” and the last part of the English word freedom, “dom,” to create the name Gundam.

This name was later changed again to “Gundam,” which is what became the official name for the franchise.

Like most space operas Gundam has multiple storylines and alternate timelines, some of which are unrelated to each other or conflict, making it difficult to decipher the storyline or a starting point.

Due to the series age and the fact it continues to produce media, there is also constantly something new to watch, which is attractive to many would-be fans of the series.

Gundam has also been so influential it has become a cultural icon in Japan, much like Star Trek in America. Also, like Star Trek again, Gundam has years of content to consume, so here are a few methods on how to get started.

Option One: The “Main” Storyline 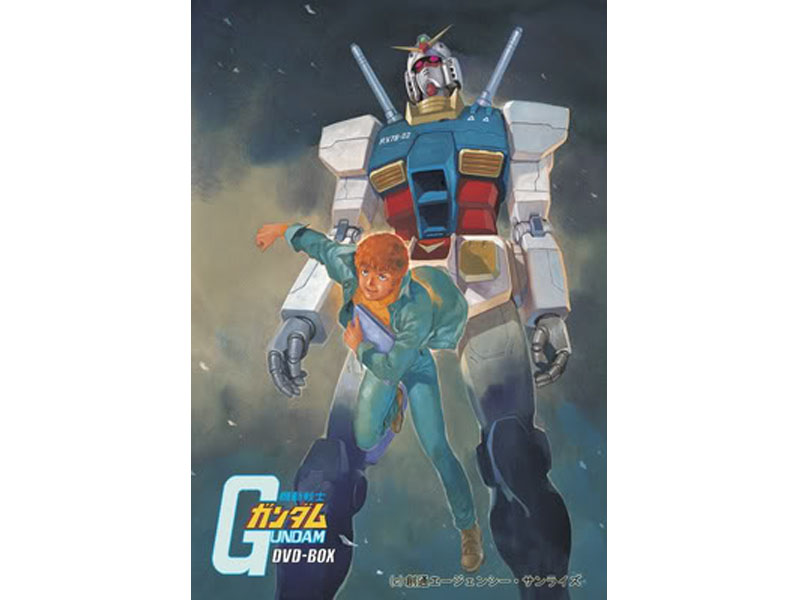 The main storyline of Gundam is also the most popular, as it starts with the original 1979 anime series that sparked much of the fervor seen today in fans.

Mobile Suit Gundam was originally released as a 43 episode long animated series before being adapted into a set of three movies in 1981, perfect for those just wanting to hit the major plot points of the beginning of the series like the animated series can be slow-paced.

Mobile Suit Gundam is also referred to as Gundam 0079 or The First Gundam by some fans.

The plot of Mobile Suit focuses on the conflict happening between Earth and the Principality of Zeon, a space colony separating from the Earth Federation.

The story’s main character, a teenage civilian mechanic named Amuro Ray, accidentally stumbles upon the Earth’s prototype for a giant robot to help in the war.

The series follows his adventures as he pilots the suit and fights for Earth.

After the release of Mobile Suit Gundam was finished, Zeta Gundam was released as a direct sequel to the first series.

Despite having a three-part movie series like Mobile Suit Gundam, most fans recommend watching the series instead to get the most out of Zeta Gundam.

The film Mobile Suit Gundam: Char’s Counterattack is the next in the series and the last for this timeline. Watching Gundam in this order helps introduce new fans to the basics and bare bones of the series and the originals are classics that inspired a generation regardless. 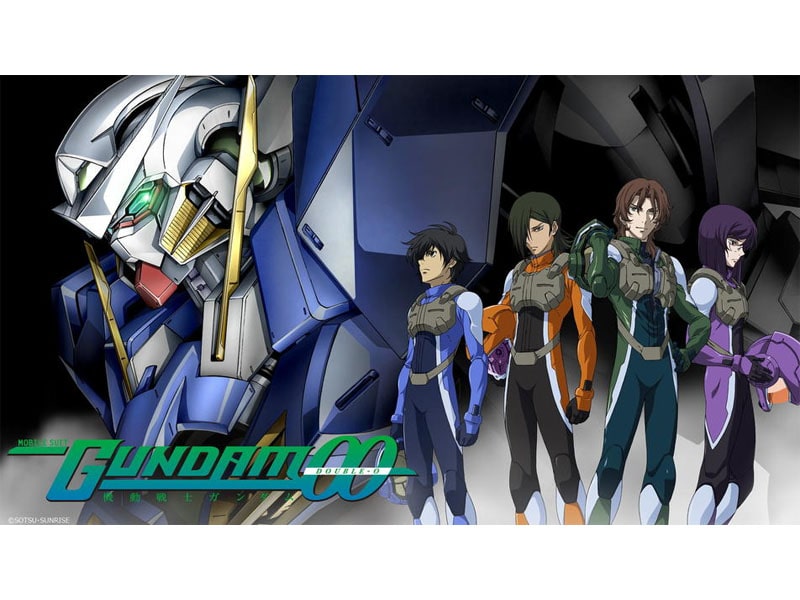 For those not ready to dive headfirst into Gundam, the franchise has several standalone series to ease the viewer into things.

These are series that can be enjoyed without knowing every little detail of forty years worth of OVAs, animated shows, and movies and are good for those not sure if they will like Gundam.

For those who grew up before streaming services and were limited on where they could watch anime, Toonami was the main introduction to anime.

Mobile Suit Gundam Wing played often on Toonami and, for many current fans, played a key role in introducing them to the franchise.

Mobile Suit Gundam Wing is still one of the best places to start for those not ready to jump headlong into the entire franchise.

To continue to ease themselves in, they can then watch Mobile Suit Gundam: Endless Waltz, the direct sequel to Gundam Wing.

If, after watching these two series, the viewer still does not feel ready for the series’ main timelines, Gundam has even more standalone to watch.

Gundam 00 is a good next step, consisting of two 25 episode long seasons and has a solid story and plenty of action to keep the viewer entertained.

Gundam 00 should last the viewer plenty of time since there are 50 episodes altogether. Mobile Suit Gundam: Iron-Blooded Orphans is also a good next step, though it gets mixed reviews from fans it still is a good place to start and is a bit more grounded than Gundam 00 is.

These series’ act as a solid base for those wanting to get the basics about Gundam down before trying to watch the more complicated timelines. 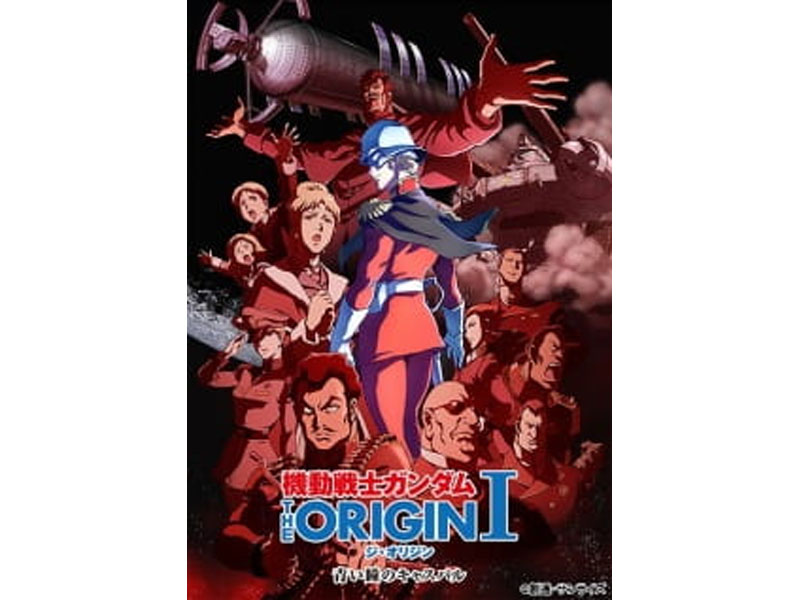 Hard mode involves watching all of the Gundam franchise in chronological order, which can be difficult with such a large series that is still producing content.

This option is also good for those invested in the general storyline and who want to watch it develop naturally in order.

The best way to do this is to start with the prequels which set the groundwork and introduce the events that led up to the beginning of the original series.

From there, here is a list of the series to watch in order:

There are more series after this, but this will give the viewer a head start before moving on to later series.

Gundam’s series all largely take place within a year or two of the one before them if they are in the same timeline, some of them taking place at the same time, but with different characters.

This is why many viewers feel overwhelmed at first because the series has not stopped creating since its inception in 1979 and the story is continuing.

The amount of media to consume can also be frustrating for those just trying to catch up to the current releases so they can be on the same page as their friends, but catching up to current releases and understanding what is going on is easier said than done.

There is no wrong or right answer on how to start the Gundam series, especially since so much of it is standalone and the sheer amount of media there is to consume.

Where a potential fan starts and how much they watch is entirely up to them and their preferences, some fans do not watch the entire franchise and do just fine.

Which ones a fan watches also depends on taste because so many of the Gundam series are different and it largely depends on what kind of show they want to watch.

Gundam also makes billions of yen a year selling plastic model kits based on the robots in the series. No matter how a fan first gets into Gundam, though, there is no wrong or right way to enjoy the franchise.