Baseball is considered one of America’s favorite sports and as a result, collecting baseball cards has become a hobby of choice over the last century. The baseball card usually consists of a player or players on the front and statistics or biographical details on the back.

The cards were traded mostly among children initially but it has fast become an adult hobby with collectors paying top dollar for rare cards.

A number of considerations go into determining the value of a baseball card. While you can usually get a general indication of the value of your baseball card through online research the ultimate way to get your card valued is through a professional grading company.

The most well-known is the Professional Sports Authority (PSA). If your card is graded this usually adds to its value as prospective buyers are more likely to trust its authenticity.

Over the years many baseball cards have been released from various companies including Topps, Upper Deck company, and Panini group. Valuable cards can come from any one of these decks and a large number of considerations have to be taken in valuing a card.

Some of the more important items are the popularity of players, the age of the card, print year, card condition, graded cards, errors, print variations, short prints and market conditions. In general the older the card and the better its condition the more valuable the card. 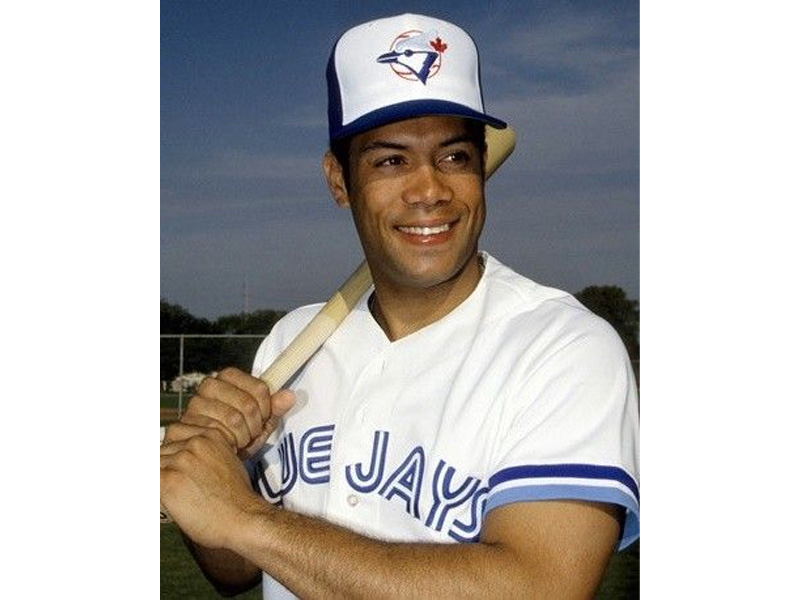 His career began in April 1988 and he was inducted into the hall of fame in 2011. He played for a number of teams throughout his career from San Diego Padres, Toronto Blue Jays, Baltimore Orioles, Cleveland Indians, New York Mets, Chicago White Sox, and Arizona Diamondbacks.

He is considered one of the greatest second baseman and all-around players.

Over his career there have been numerous Roberto Alomar baseball cards released from his debut in 1988 all the way through to 2004 when he retired. They have come from a number of card producers so there can be a number of cards to consider when deciding which Roberto Alomar cards you would like to add to your collection.

Some cards feature Alomar along with his father with superimposed pictures of both of them in the playing days. Others feature the Alomar brothers when they had their careers overlap, for example, 1992 Upper Deck Roberto Alomar & Sandy Alomar Jr. #81. The majority of the cards however just feature Roberto Alomar on his own.

A good list shows the top 10 Roberto Alomar cards and gives you a narrowed-down version of the many options out there. Usually, a rookie card for a player is the most valuable. For Roberto Alomar there were approximately 11 different cards that came out in his debut year.

We will have a look at a few of the options on the PSA database to see their auction price history to give an indication of their potential value: 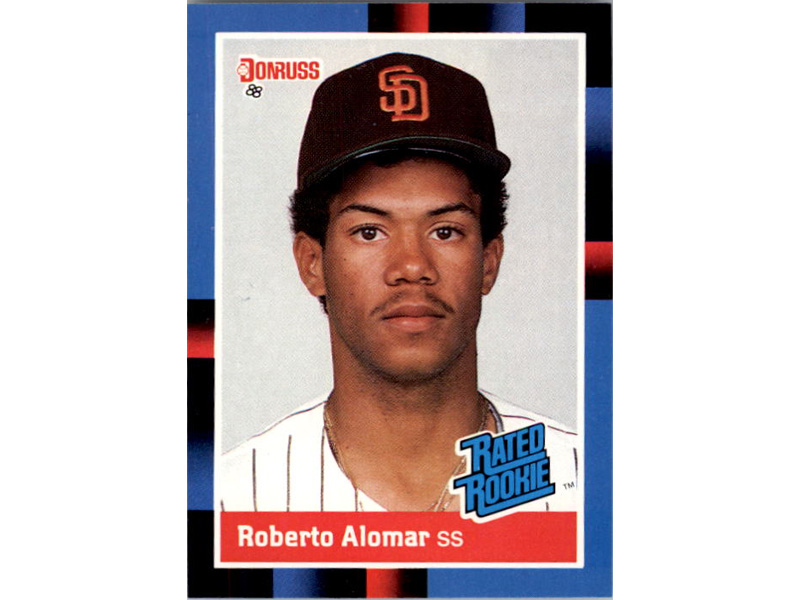 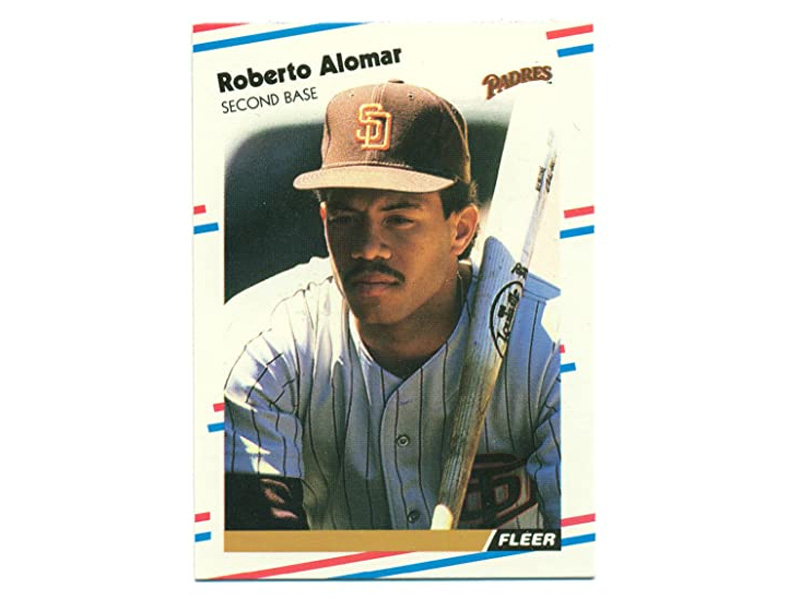 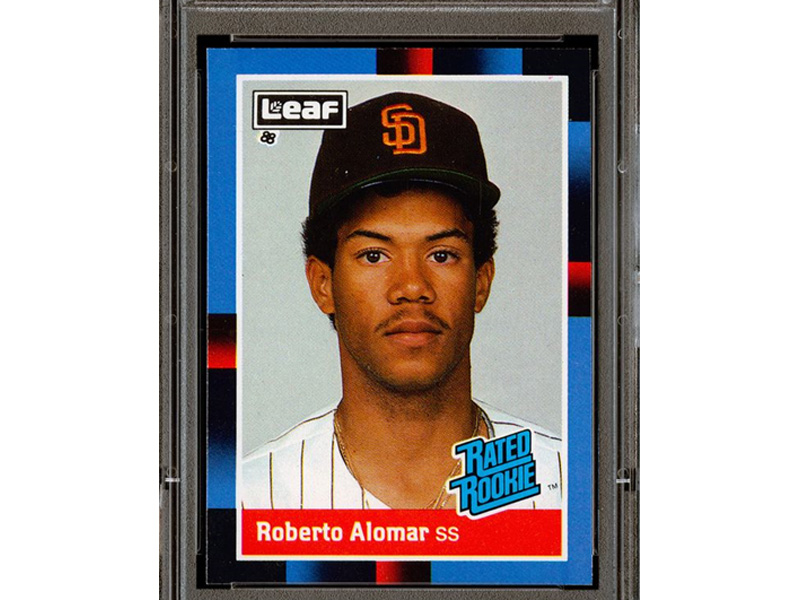 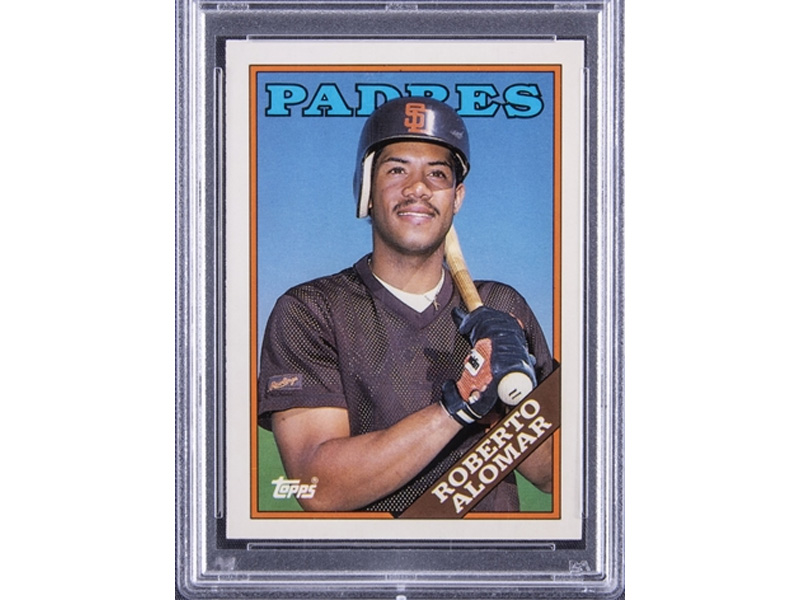 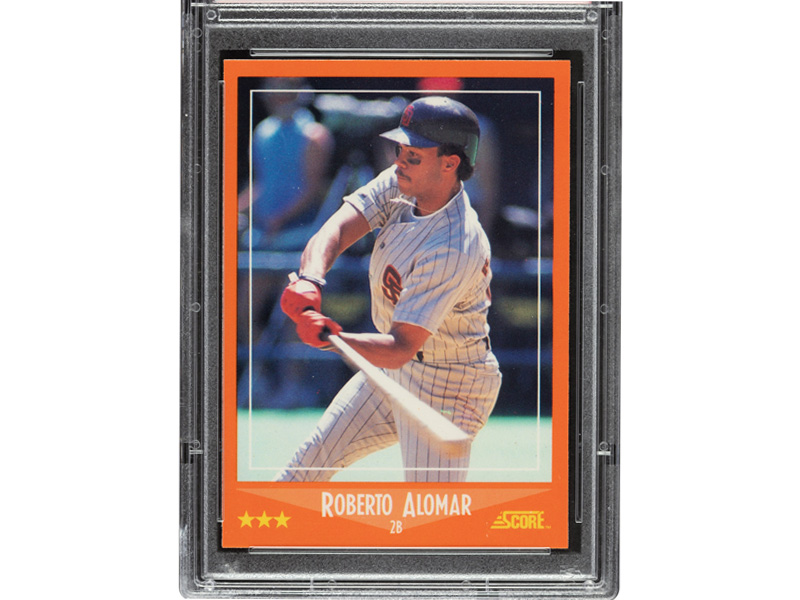 It is important to realize that a previous price is only an indication of the value of a card and each card is different. Even the same graded card could reach a different price due to things like market conditions.

Also, all the above price indications from the PSA Authentication and Grading Services and only take into account their own data and not data from other sources like eBay.

Usually, the number of cards in circulation will add to the value the fewer cards available the more valuable. From the above prices, you can see the trend in action.

While prices and values of cards can be extremely varied from the most expensive, the 1911 American Tobacco Company Honus Wagner which sold for a whopping $6,606,000 to a card that will fetch at best a few cents.

You can see there are so many factors that can determine the value of a card so you should never assume your card’s value based on past sale prices as it could indeed be very different.

If you find yourself in possession of one of the many Roberto Alomar baseball cards you should really consider getting it professionally graded to see what its possible value is.

Also, remember that a professionally graded card is usually more sought after as collectors are more confident in its authenticity and will be more willing to pay higher amounts for them.

One thing is certain with a large amount of Roberto Alomar cards out there you are sure to find a diamond in the rough if you look hard enough.