Baseball cards have been around since the 1860s.

They became really popularized in 1886 by Goodwin Tobacco when they released the first official baseball card set including the 12 players from the New York Giants.

Baseball card collecting really opens up your ability to start collecting pretty much anything as there are certain skills you develop in discerning which cards are valuable to your collection.

You can get various types of baseball cards since the first cards were released in the late 1800s.

With all these cards it is really up to you as the collector which type of cards you want to make up your collection.

You could do team collecting, player collecting, set building, parallel rainbow collecting, and even vintage collecting. There are typically 3 eras of baseball cards, pre-war cards (pre-1945), vintage cards (1946-1979), and modern cards (1980 or later).

Typically a baseball card features a picture of the baseball player on the front with a card number, the back usually has a bio and statistics of the player.

With early cards, the back of the card usually featured an advertisement. There are various baseball card manufacturers including Leaf, Bowman, Topps, Donruss, and Fleer each bringing a unique card to a collection.

A rookie card traditionally features an athlete after they have participated at the highest level in their sport. So with baseball, this would be Major League Baseball. Because this is the first card for a player it often adds to the card’s value for collectors.

The rookie card for a player may not always be produced in the player’s debut year. Usually, true rookie cards form part of a base set which is usually a limited quantity that increases the value of the cards.

There is some debate in the baseball card collector community as to whether the first appearance of a player on any manufactured card is a rookie card or if the first printed card from a major manufacturer is the only rookie card.

Whichever side of the fence you fall on a rookie card can definitely add value to your collection.

One of the most graded rookie cards is the 1989 Upper Deck Ken Griffey, Jr. card. Professional Sports Authenticator (PSA) is one of the most popular grading companies for sports cards that gives authenticity to the value of your baseball card collection.

Our card of interest today is a Juan Gonzalez Rookie Card. Juan Gonzalez is a Puerto Rican-born Major League Baseball outfielder that had a 16-year career including representing 4 teams. 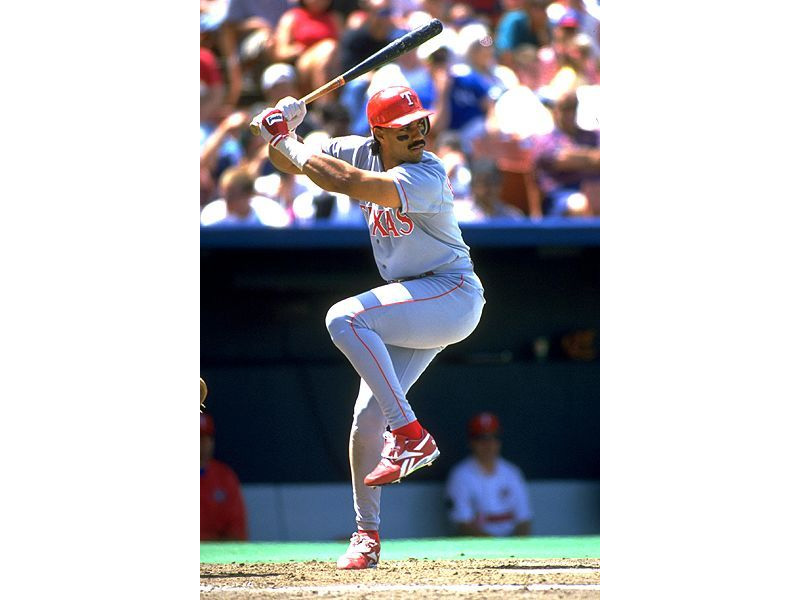 The longest and most notable team was the Texas Ranger from 1989-1999 and again in 2002-2003. Gonzalez also played for the Detroit Tigers, Cleveland Indians, and Kansas City Royals until the end of his professional career in 2005. His debut for the Texas Rangers was in September 1989 and this would be considered his rookie year.

There are a number of Juan Gonzalez Rookie Cards out there. We will have a look at what cards are out there and the possible value they might have. There are 2 decks that featured Gonzalez in 1989 including 1989 Grand Slam Texas League All-Stars #34 and 1989 Grand Slam Tulsa Drillers #10.

There are a number of online sites that can give you insights into what a baseball card’s value is. The easiest way to get a clear indication of the condition and value of your card is to get it professionally assessed.

The PSA grades from 1 to 10 with 10 being near perfect. Their website keeps a record of the number of PSA-graded cards and the average price the card is worth as well the last sold price amongst other statistics. We will have a look at the data available on the PSA website to look at the Juan Gonzalez Rookie cards. 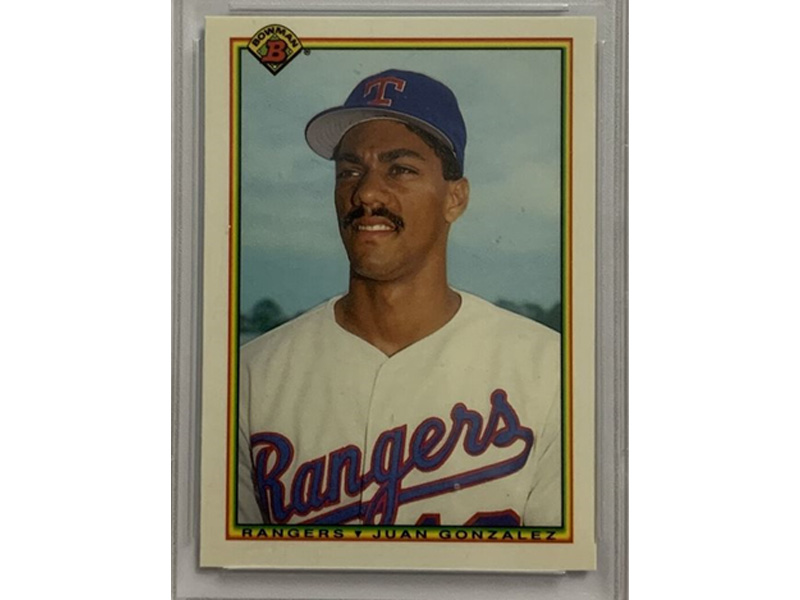 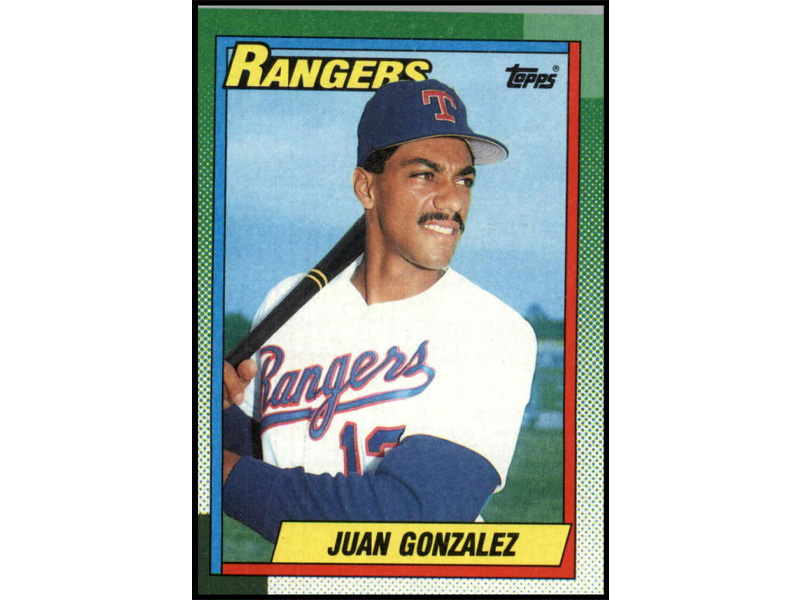 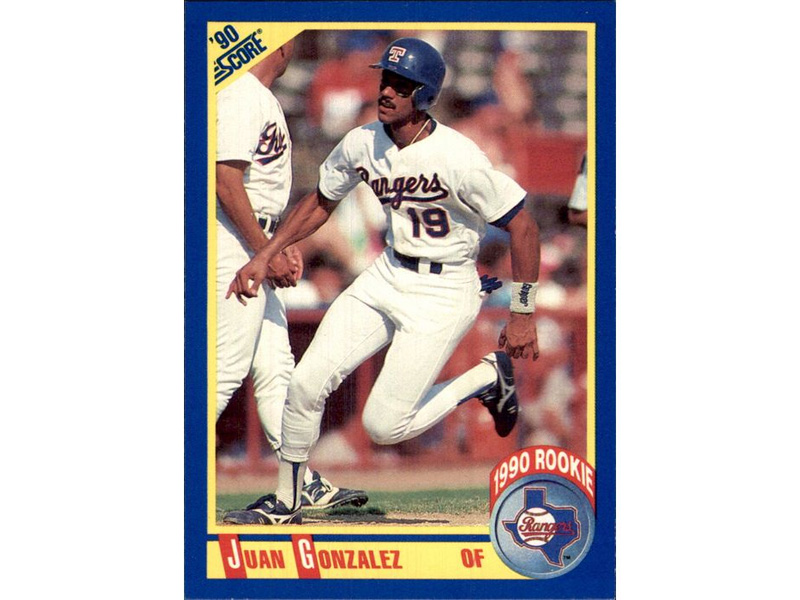 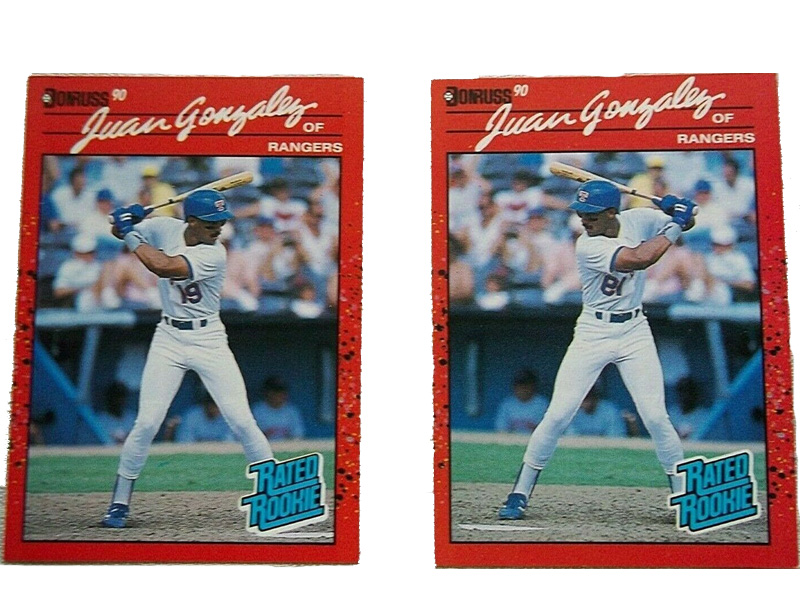 These are just a few of the more popular Juan Gonzalez rookie cards available. It is important to remember this is just one site that gives the history of the card based on the data they have available. Cards can sell at different prices based on a lot of factors including, condition, a number of that card available, errors on the card and whether they were fixed or not to name a few.

Sometimes a card with the same grade can even fetch a different price because of things like market conditions. One thing is clear from this quick look at Juan Gonzalez rookie cards: they sure have a range of value and you would do well to include one in your collection especially if it happens to be on the top end!