8 Most Dangerous Hikes on Earth!

Hiking can often be as dangerous as it is amazing.

From hiking and climbing to fishing and even trail running, our world is full of amazing outdoors places to explore.

However, there are always risks associated with time spent outdoors, especially in more remote wilderness areas.

So let’s go over eight of the most dangerous hikes. 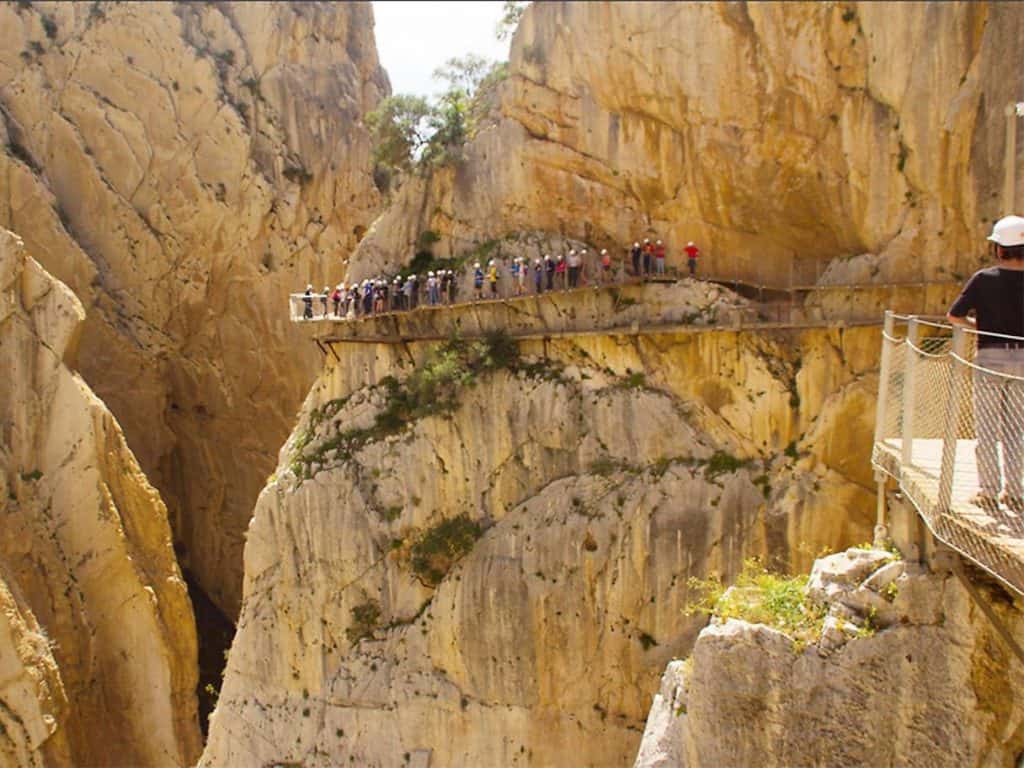 “The King’s Little Way,” El Camino is a precarious path beside a mountain in Southern Spain, near the village of El Chorro. What makes this century old path so death defying? Well, though modern climbers are hooked by carabineer to the mountainside, the fall is very far. To make it even worse, the path is decaying with both time and heavy use.

With the name, “The World’s Most Dangerous Trail,” El Caminito was meant as a trail to a hydroelectric dam project in 1901. For a long time, the trail was unused, but a spurt of climbing deaths in the 1990s led to closure, then renovation. The trail is now quite safe, though certainly not for the faint of heart! 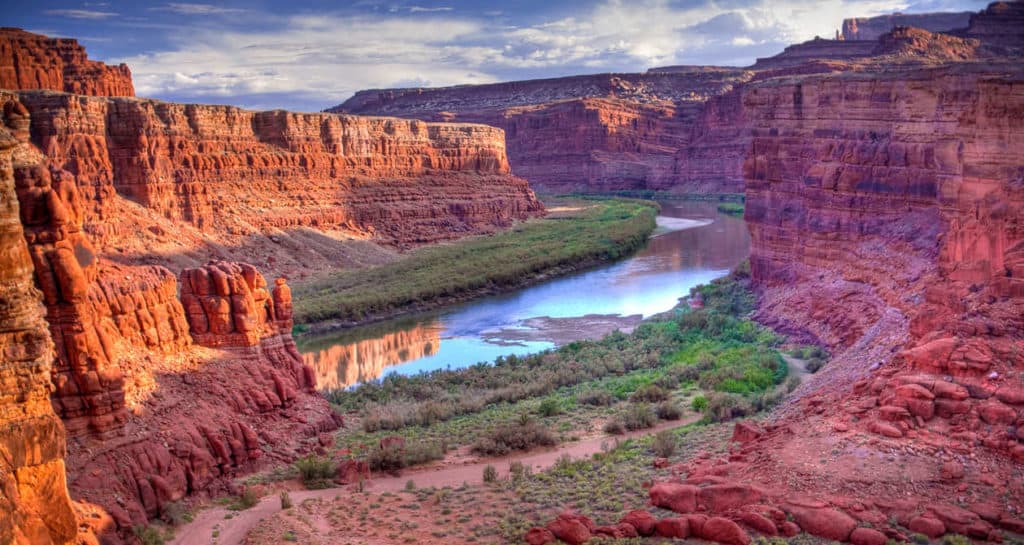 The sheer rugged beauty of the American west inspires awe… but also brings with it unique risks. Canyonlands National Park offers amazing backcountry adventures for those lucky enough to secure peak season permits, but water is an issue in a couple of ways.

First, the Canyonlands are a desert, and as such, drinking water in the backcountry quickly becomes problematic. Next, there is an opposite problem. Flash flooding kills. Every year it seems, someone dies when they explore a bit too deep in the canyons with bad weather on the way. An afternoon rain shower typical of the area may feel nice, but can lead to a wall of water coming your way. So know your hiking route and be careful. 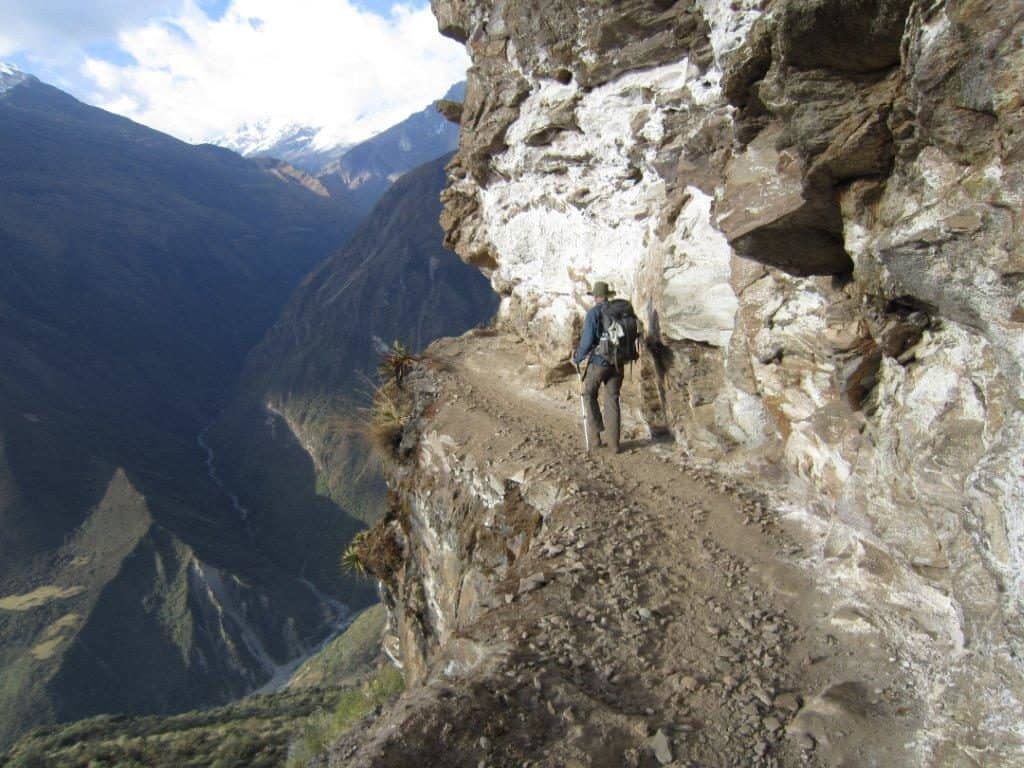 High in the Andes Mountains of Peru, the Huayna Piccu Trail offers an unbeatable view of the much more famous Machu Picchu, the lost Incan city. There are two Huayna Picchu trails, long and short. The short one is not terribly difficult or dangerous, but the long trail involves some serious though non-technical climbing. This trail is very steep with serious fall risk and there is another factor in here too. Altitude sickness can take a toll.

A lot of tourists go up into the Andes without properly acclimatizing themselves to altitude. As a result, you can suffer symptoms from headache and fatigue to loss of consciousness. Naturally, you don’t want to experience that on such a hard hike, so give your body time to get used to the altitude. Drink lots of water, avoid alcohol, and rest for a few days before you are ready to climb. 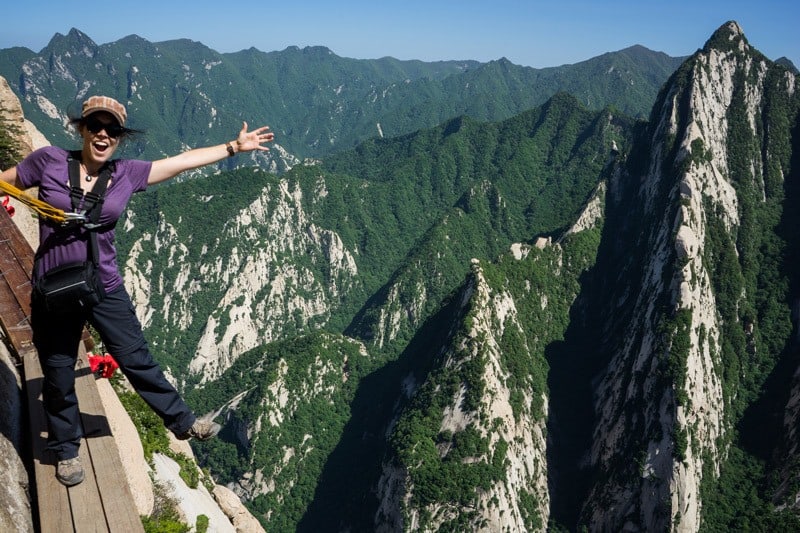 One of the five most sacred mountains in China, Hua Shan, or Huashan, itself has five distinct peaks. And like El Caminito in Spain, you access these peaks by narrow walkway. The trail begins easy, but as you climb the route becomes steeper and more cliff-bound. Maybe the worst part, on the shimmy against cliff walls, you only wear a cheap chest harness, not even close to proper climbing equipment. Though the route is reasonably safe (rumors of dozens of deaths a year have no actual evidence), the experience on the cliff face is both awe and terror inspiring.

5. Via Ferrata, Italy and Austria 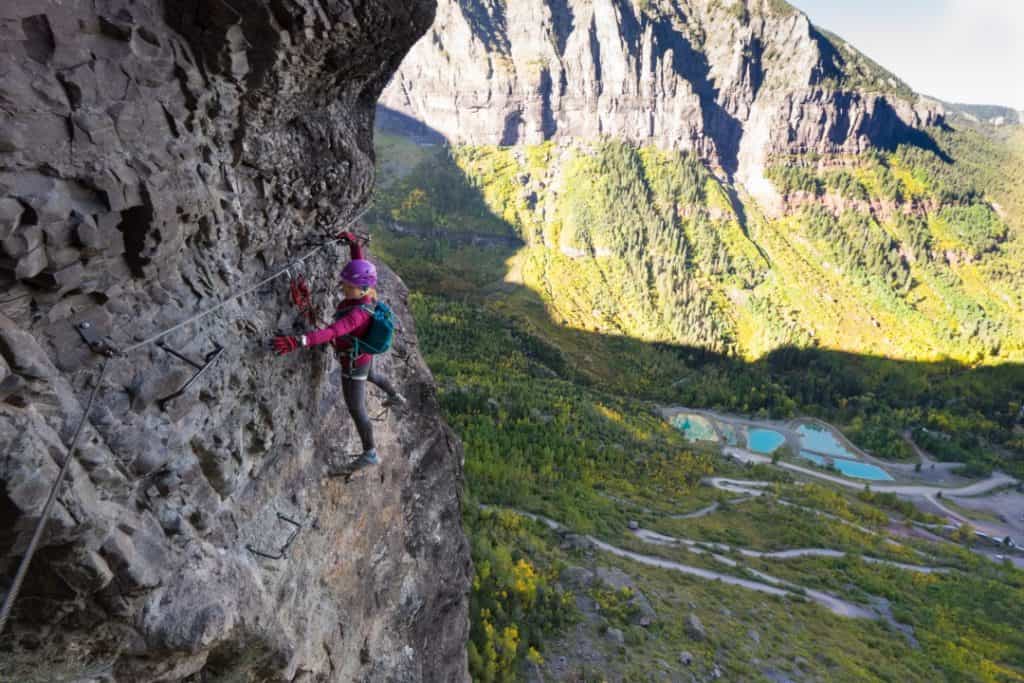 ‘The Iron Way’ in the Italian and Austrial Dolomites stands as a remarkable feat of engineering, and despite the apparent fall exposure, is actually very safe. A climber hooks up to a steel cable and begins their ascent from there. There are actual hundreds of these iron paths carved into the side of the mountains. Many of them date to the First World War, 1914-1918, which pitted Italian and Austrian soldiers against each other in these mountains. Since there are so many paths, you should be able to find one for your skill level, so if you’re in Northeast Italy, give these old routes a try!

Naturally, the real danger here was for the soldiers who fought a nearly vertical war for four years. For modern climbers, the Via Ferrata is probably the best (and safest) way to see the Dolomites.

Imagine a trail so rough that it, combined with stubborn resistance from Australian soldiers, stopped the Imperial Japanese Army in World War II. The Kokoda Trail cut through the dense jungles of Papua New Guinea and offers some of the best access to pristine tropical rain forests in the world. The sixty-mile traverse will take you over ridges, through jungles, and across rivers. Prepare to have wet feet, and beware the wildlife too!

But all-in-all, the trail really is not terribly dangerous, especially since there are no longer battles there. Few people die on the trail, though someone needs evacuation every year. If you’re interested in a historic trek across amazing tropical wilderness, the Kokoda Trail is your best option. 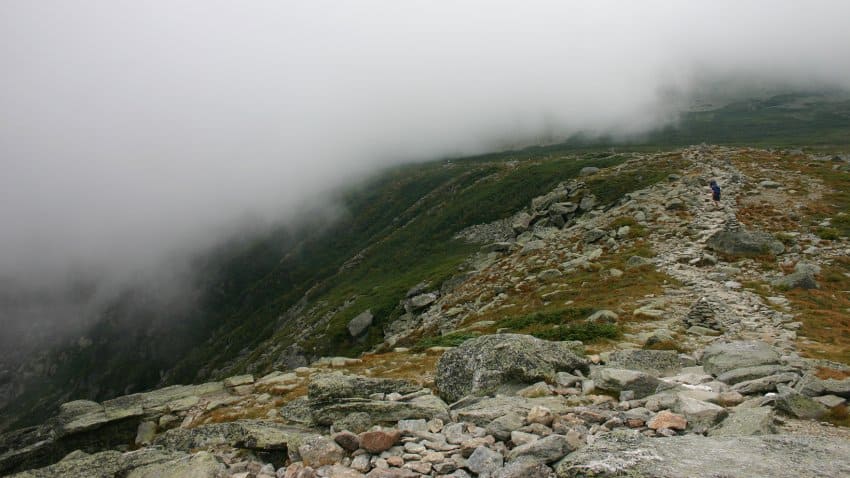 With about 150 kills to its name, Mount Washington is no peak to underestimate. Standing at a modest 6,288 feet above sea level, this mountain should not be so lethal. But temperatures can drop to one hundred degrees below zero with the wind chill. Add to that the fact that weather can change in an instant, and this small-ish mountain in New England becomes a real killer.

Mount Washington lies in a natural wind tunnel where weather patterns collide, leading to the high winds that plant the tree line at a surreally low 4,400 feet. Many eastern mountains don’t have a tree line, the trees go all the way to the summit.

Not here though. So if you attempt Mount Washington, pack extra layers, water, and maybe an emergency signaling device. Many people underestimate this mountain to their peril.

8. The Hike you didn’t prepare for…

Okay this one may surprise people, but really, very few of us will actually go on a super dangerous hike. I’ve spent a lot of time out in the field over the years… none of it on an online list of dangerous hikes.  Risk becomes real danger on a hike when we underestimate what may come.

So have fun out there and make sure to plan ahead and prepare for contingencies. There’s no limits to your adventures as long as you use some common sense and caution.