A Holo-First Edition Dragonite Fossil set card that is graded a 10 on the PSA grading scale has an average price of $5,761.83 on psacard.com.

The highest recorded sale at auction of this card was $9,850 in October of 2020. It is the most consistently valuable card from the First Edition Fossil set card collection that was released in 1999.

Dragonite is Pokémon #149, making it a part of the original set of 151 Pokémon created for the first Pokémon games, Red and Green, released in Japan in early 1996.

It is one of the rarest Pokémon in the first collection of games and can only be obtained by evolving a Dragonair. Dragonite also makes several appearances in the anime adaption of Pokemon, with the first being in Episode 13: Mystery at the Lighthouse.

The original English release of the Dragonite Pokémon card was in 1999 as a part of the First Edition Fossil set cards, a set that included all the pre-historic, ancient, and dinosaur-like Pokémon.

Some other notable cards from that First edition Fossil release include the First Edition Gengar, a fan-favorite Pokémon, and currently a very difficult card to obtain in good condition.

The First Edition Fossil Articuno is another very popular card from the Fossil release.

Although not as much of a fan favorite as its legendary bird companion Zapdos, the Articuno card holds a higher value because of its blue holographic effect and high-quality artwork.

Currently, a PSA 10 graded Articuno First Edition Fossil is valued at around $3,000.

There have been many releases of Dragonite cards as part of different card sets. The most notable release was the Dark Dragonite Holographic card (part of the Team Rocket collection) with a print error that made them non-holographic.

Due to this error being limited to a very small amount of the cards, a Dark Dragonite with this error can reach prices well above $1,000.

Below is a list of the most valuable Dragonite cards currently available, most of them up for auction on eBay or available for purchase on Amazon. (Note: The PSA grading scale is 1-10) 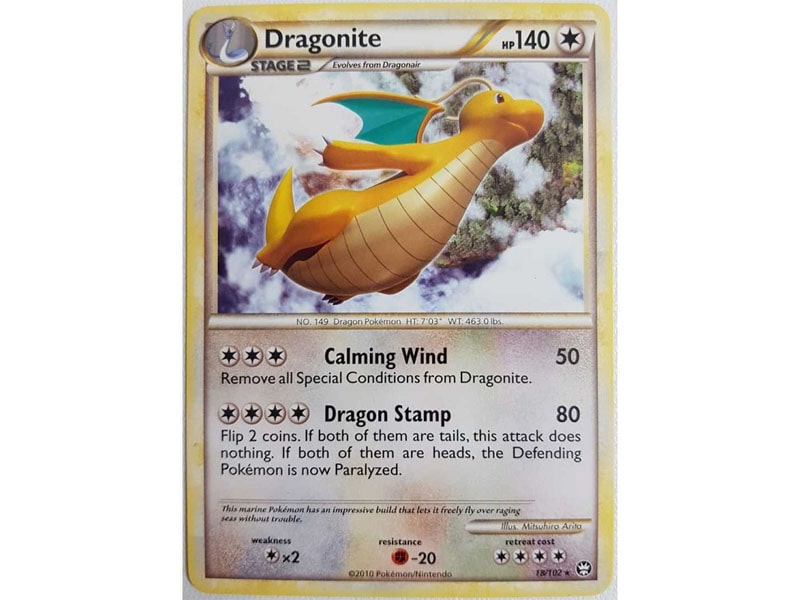 The Triumphant card set was released on November 3rd, 2010. It is another very easy-to-obtain card that can be bought for an average of $6.11. The best grade card available will cost around $18.15.

The highest-grade versions of the Dragonite Rare Holo card from this set can go for $50 or higher, although the reverse foil version of the card has little value and an average price of $4.45.

The Furious Fist card set was released on August 13th, 2014.

It is one of the easiest to obtain Dragonite cards and can be easily bought for 6 dollars or less. A PSA 10 is sold for an average of $128.07. 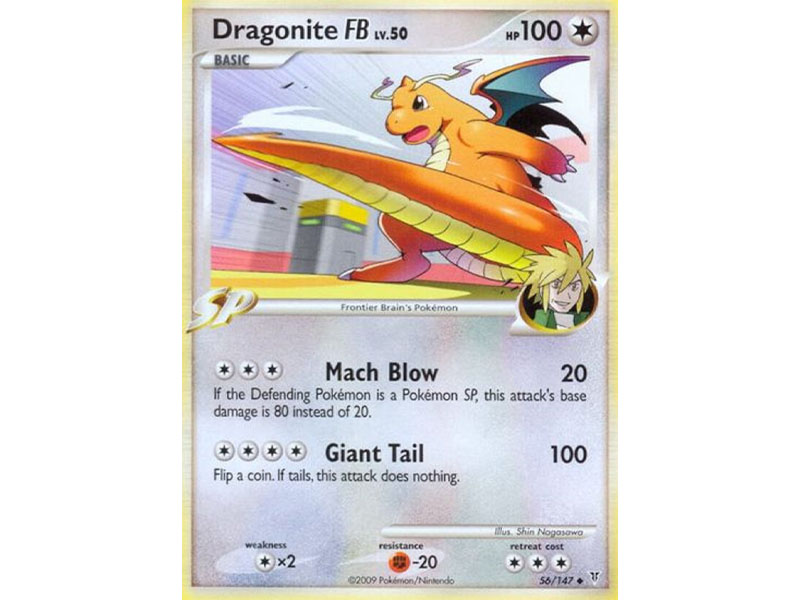 The Supreme Victors card set was released on August 19th, 2009, as the third set of Pokemon cards was released in the Platinum Series.

The reverse foil version of the Supreme Victors Dragonite card is by far the more valuable, with an average cost of $25 in comparison to just $5.66 for the regular card. A PSA 10 is sold for an average price of $300.

The Evolutions card set was released on November 2, 2016. The highest listed price for the Evolutions Dragonite Rare Holo Ex card is $77.07 and its value has been slowly trending upward.

It is not as popular or as valuable as the Dark Dragonite card from the original Team Rocket card set release but still commands a comparatively high price at high grades.

This card has a reasonably high average cost and is the first on this list to come with a high-grade asking price of above $1000.

Making this card more valuable is that a special staff version of the Dragonite – Legends Awakened card was created for the 2008 Pokemon National Championships.

The staff version of this card fetches consistently higher prices.

The Neo Destiny card set was released on February 28th, 2002, and was the final Neo set.

The average sale price of the Light Dragonite Holo card from Neo Destiny on PSAcard.com is $1,132 for a PSA 10 rated card.

It has a high average value for high-quality cards and has some of the most interesting artwork among the various Dragonite cards.

This is the original Dragonite card release and fetches prices above $5,000 and as high as $9,000 for the Dragonite- Holo First edition version of the card.

It is the original “rainbow rare” in reference to its unique rainbow holographic effect.

The original version of the Dark Dragonite card fetches some very solid prices even for the unlimited versions of the card.

Once you move up into the first edition version of the card, prices begin to rise above $500 and even into the low $2000 for PSA 10 rated cards.

The rarest version of the card however is the error version. Due to a printing error, some of the cards that were meant to have the holo printed on did not.

Where a Dark Dragonite PSA 10 is to be sold, it would be the most valuable Dragonite card available.